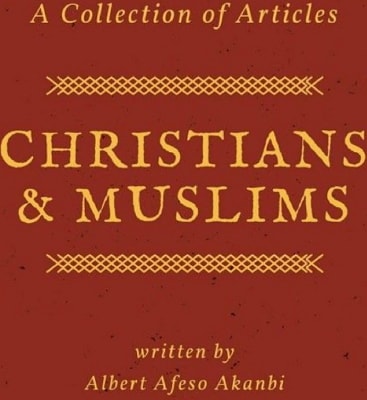 In early 600 AD, almost 700 years after Jesus Christ and perhaps 3000 years after Moses, a lone Arab Bedouin preacher of the Quraysh family of Mecca, emerged from Arabia and announced to the ancient world that he had received a revelation from the almighty God through an Angel Jibril, who his followers say was the same as the Angel Gabriel.

The preacher insisted that by his revelation he had become the seal and the final messenger in a long line of prophetic tradition of the two great Abrahamic faiths, Judaism and Christianity before him.

Soon after, a new religious book, which he and his followers insisted was the final edition and a correction of the Jewish and the Christian Holy Books, was announced, with claims that both Holy Books before it had been corrupted.

In the last 1400 years, the debate about the authenticity of these claims that has ensued among Christians and Muslims has not ceased.

Are these claims correct? Are there any evidences within or outside the Islamic book to support these claims? As some have argued, is Jesus Christ the antithesis of the Islamic prophet? If Islam is peace as Muslim apologists would have us believe, why is extreme Islam violent? Was Jesus Christ a Muslim? Is the Bible corrupt? Did Jesus Christ found Christianity? Did he rise from death? Are there secular, historical and or scientific evidences to support his resurrection story? How should the Nigerian Christians and Muslims approach these and more questions about their faiths?

For over two years, having discussed some of these questions at various forum and Nigerian media platforms, due to demands and feedbacks, the author decided to collect some of his articles into a book.

Christian faithfuls would find this collection helpful in that there are articles herein that can build their faith and serve as a useful tool to evangelize our Muslim brothers. For Christians who seek scholastic evidence for some of their beliefs, in this collection, we have a handy material to fall back to…

We know a lot of readers would disagree with some of the issues raised in some of the articles in this collection, especially Muslims, to such readers, we expect to hear your views.

For the Muslim faithful who is interested in a healthy religious debate and an alternative explanation to the religious narrative he/she was born into, we invite you to take an open minded critical view of this collection.

As an honest seeker of truth, the author has explained that he is willing to debate issues raised here, and he has also confirmed that all the opinions shared in all the articles in this collection are entirely his…

We wish you a happy read…

******
You can now order your copy of “Christians & Muslims: A Collection of Articles by Albert Afeso Akanbi ” on Barnes&Nobles, Amazon, Scribbd etc, and every other major store books are sold online…