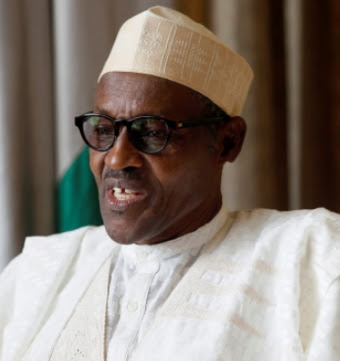 Nigerians have condemned the Federal Government for selling forex exchange to Hajj pilgrims at a subsidised rate of N197 to the dollar.

The Central Bank of Nigeria had released a circular stating that forex would be made available to the pilgrims at the rate.

However, several criticisms have trailed the announcement.

Nigerians said it was not reasonable for the Federal Government to subsidise the dollar for pilgrims when manufacturers, students and businesses were getting it at an official rate of N310 and for as high as N400 at the black market.

He said the N197 exchange rate was approved by the President around May and that Christian pilgrims also benefited from a similar gesture in December 2015.

He said, “The exchange rate of N197 to a dollar was approved by the President about three months ago, much earlier than when the new forex regime came into being.

“The Chairman of the Hajj Commission has confirmed that it is non-discriminatory. It was approved for Christian and Muslim pilgrimages for this year. The CBN has offered an explanation.”

The presidential candidate of KOWA Party in the 2015 general elections, Prof. Oluremi Sonaiya, said, “Why should we be subsidising forex for people who want to go for pilgrimage? I raised this issue when Christian pilgrims got concession last year and I asked Christian leaders to reject it. I said then that those interested in pilgrimage should be made to raise money to sponsor themselves. Why should we expect the country to be subsidising dollar for a few people? It is disheartening.”

A Facebook user, Eddy Ose pondered, “Why approve forex subsidy for Christian and Muslim pilgrims but not for students and importers? What’s happening? Is religion not a private affairs?”

Larry Oba said if the President could openly tell parents of those studying abroad to look for dollars to pay school fees, “What’s so peculiar about Christians and Muslims going on pilgrimage? Is the pilgrimage so important to the economy? Why has the President been this disappointing? I supported this government, hoping to see common sense, but what did I get? Cluelessness, arrogance and awful incompetence.”

Isaac Anthony described the development as a “national fraud,” asking, “Why can’t importers get the same forex exchange rate from the CBN?”

Another angry Facebook user, Desmond Ositadinma, replied the President’s assistant, Shehu, “Please tell President Buhari, four years is not eternity, The poor masses will vote again. Jerusalem or Mecca will not come for his rescue. We must live to see as events unfolds.”

Analysts who spoke to Saturday PUNCH said it was wrong to have a special exchange rate for pilgrims regardless of the faith they profess.

Head, Banking and Finance Department, Nasarawa State University, Uche Uwaleke, an Associate Professor, said the directive portends negative consequences for the forex market, which has been battling with the issue of liquidity.

He said, “How does forex demand for the purpose of observing a religious obligation not mandated for those who lack the means qualify as a transaction that is critical to the survival of the country’s economy?

“This preferential gesture by the CBN would not have been much of an issue if there was a significant improvement in the supply of the greenback.

“On the contrary, the acute shortage of forex both at the interbank and parallel markets is weighing adversely on the value of the naira.”

He said given the attractive rate differentials between the two markets, the CBN’s directive is prone to all manner of abuses, including round-tripping.

A former Managing Director of Unity Bank Plc and now boss of Safmur Investments Limited, Mr. Muhammed Rislanudeen, told Saturday PUNCH that the directive would send a wrong message to many investors who have been experiencing difficulties getting foreign exchange for productive purposes.

He said, “Foreign exchange needed for critical imports to support growth in the economy and in part help lift the economy out of recession is scarce to the extent that black market rate went as high as N400 to a dollar.

“I don’t know how and where the CBN as well as the banks will secure the forex at a subsidised rate of N197 to a dollar given the new flexible forex regime that has pushed official exchange rate to N310 to a dollar as per CBN website.”

National Publicity Secretary of Afenifere, Yinka Odumakin, pointed out that the 2014 National Conference whose resolution had yet to be implemented by the government had labelled pilgrimage as a private trip which should not be funded with taxpayers’ money.

“To put it in the mildest form, we appear to be totally ignorant of where we are and what should be our priority,” he said.