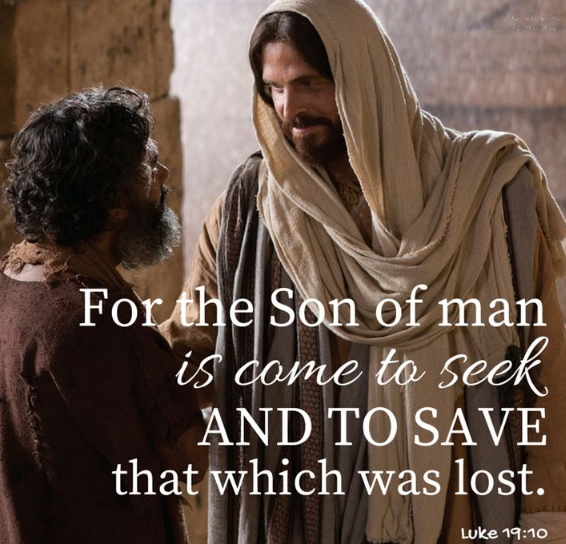 I made the point that even though Jesus may not necessarily have been born on December 25, the essence of his birth is worth celebrating still.

That said, almost every major religion and human ideology on earth today somehow have their own set of beliefs about him.

Added to these varying interpretations are many Nigerian Christians for example, who do not have an idea that Jesus, being fully human as he is fully God, may have experienced existence much the same way we experience it today. And this is due to some great theologians who insist that the focus on Jesus’s spirituality is more important and thus should discourage any attempt at exploring his humanity.

As we celebrate him this season, I think we should ask ourselves if Jesus would have agreed with the above line of thinking, especially when he addressed himself over 65 times as ‘The Son of Man’.

In its Greek, Hebrew and Aramaic forms, this phrase may have been a way of Jesus referring to himself  simply as ‘somebody’, a ‘human being’ or something akin to the Yoruba expression ‘lagbaja’ which means ‘someone’ or ‘that fellow’.

While there are theologians who believe the book of Daniel uses this phrase in a different context, there are also those who believe this was Jesus simply teaching us extreme humility. Yet, countless Christian chose not to see Christ in this light.

From reading through the Holy Bible and the work of serious minded scholars, we can now allow some uncontentious background details about Jesus’ earthly life to fall into place.

For example, we know he felt pain just like us -one of the reasons he cried out on the cross, and that according to Saint Luke he came into earth through a Jewish mother. He learnt Hebrew, the original language of the Jews in which the sacred scriptures were written, and as an everyday tongue, spoke Aramaic.

We can be fairly sure he may not have been ‘poor’ –and we shall look at this subject in a future article, at least his parent had a donkey, which is tantamount to owning two clean Mercedes Benz cars today, that magi brought him gift of gold and frankincense, gifts fit for a king. We know he had rich friends, used a boat that was comfortable enough for him to fall asleep in, and wore a robe that was expensive enough for Roman soldiers to cast lot for and so on.

We know he was not necessarily handsome or stood out in the crowd, for example, when Judas betrayed him in the garden, one of the guards had to ask “which one is he?”. Even prophet Isaiah in prophecy said “…he had no beauty…to attract us to him…nothing in his appearance that we should desire him…” in Chapter 53:2B, so he was a simple ordinary looking man.

Some scholars have contested the issue of whether he was addressed by friends and family as ‘Jesus’ while on earth. True, the name may have been the Greco-Roman adaptation of the more appropriate Semitic Yeshua, which translates to ‘God saves’, a short form of the Old Testament ‘Yehoshua’ or ‘Jehoshua’. This too is subject for a subsequent article.

Among other discoveries, in 1962 at Caesarea, archeologists discovered a fragmentary third century inscription with the name ‘Nazareth’ which they say may have been part of a tablet displayed on a synagogue wall. Countless findings like this proved that Nazareth did exist in the time of Jesus and Saint Matthew tells us that Jesus left there for Capernaum on a certain occasion, Matthew 4:13.

From reading the gospel and work of scholars, we know he was a keenly observant, village-loving craftsman. And as a country man from Galilee, he may have spoken with the Galilean accent. From various independent scholastic sources outside the Bible, experts have shown that Galileans in Jesus’ day spoke with a very strong accent like many of their contemporaries. The Talmud confirmed this, and Saint Matthew confirms this too when he told us a little girl exclaimed to Peter “…you are one of them for sure…your accent gives you away…” in Chapter 26:73

Both Saints Matthew and Mark tell us Jesus had brothers and sisters, in fact Mark tells us that his immediate family turned to him for leadership as the first son in the typical Jewish tradition, in Chapter 3:31-35.

We know that the world in which Jesus was born was a very turbulent one. We know his people, the Jews, were enslaved by successive empires and thoroughly persecuted, from pagan Mesopotamian kingdoms to Egypt, culminating in the arrival of the Romans in 63BC.

We also know that despite all these, the Jewish people maintained their uniqueness, made laws with strong sympathy towards the poor, the widows and the oppressed, especially when such consideration were much lower in the priorities of the empires around them.

At a time when all those sophisticated empires were worshiping men and images, bowing to them and deifying them, the Jews, Jesus’ people, believed in one supreme God YAWEH and discouraged every representation of him with any type of image.

As much as the political climate in which Jesus grew up and preached in was unstable, as much as the Jewish people made laws for the poor, scholars and ancient texts also tell us that their religious class was corrupt. In a prophecy, prophet Isaiah confirmed this when he said “…the worship they offer me is worthless, the doctrines they teach are only human regulations…” in Isaiah 29:13

By their very opulence and materialism, the Jewish religious class, in Jesus’ day, was a quarrelsome, multiparty organism. The priestly aristocratic class with her control of the massive temple, its finances and affairs, was very corrupt.

British scholar Ian Wilson noted that in the excavations of the luxurious Roman styled villas, in which this religious class lived, the evidence suggested they were rich, opulent and the writings of ancient texts also suggested that they were collaborators with the pagan Romans of the time and the hated king Herod and his likes, which is one of the basis of Jesus’ quarrels with them.

These were the realities, the sort that made the masses of the Jewish people fall back to the prophecy of prophets Isaiah, Moses, and many like them, part of which tells us in Deuteronomy 18:15, 18 that “…God will raise up for you a prophet like myself….to him you must listen…”.

Now for God’s own Incarnate to come to earth, choose the turbulent region of the middle east and the hot headed people of Israel as the medium by which to reach mankind, walk and work among man with utmost humility and sacrifice and addressed himself as the ‘Son of Man’, tells us his birth isn’t only worth celebrating,  but also that it is only when we humble ourselves like him,  that God will lift us up.

Albert Afeso Akanbi is a Novelist, Researcher, Columnist and Humanitarian. He has three novels, a number of short stories and articles to his credit. He lives in Abuja FCT, Nigeria.

Continue Reading
You may also like...
Related Topics:Jesus, man, son

Christmas, A Necessary Birth: How Pope Julius I Declared December 25th As Jesus Birthday
Christmas And The Body Of Christ In Nigeria