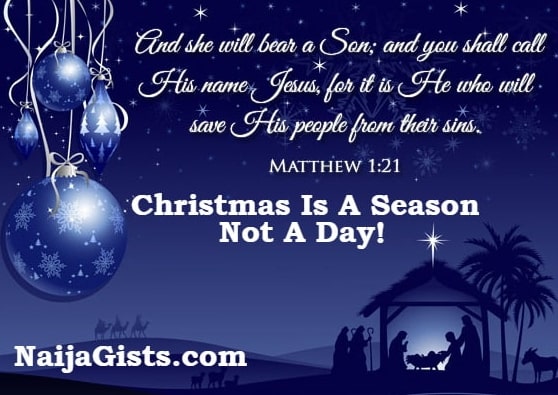 Around September of 2017, a certain OAP identified as Daddy Freeze granted an interview on the subject of tithing to a TV station owned by a popular blogger. In the interview, he cited a number of scriptural verses as ‘evidence’ in support of his condemnation of pastors demanding and receiving tithes from members, and also tried to discourage those who pay.

Almost immediately, the interview went viral and almost all ‘big men of God’ and founders of some mega Pentecostal churches took their turns to respond to the man, even as there were a few who claimed they had ‘seen the light’ and stopped demanding and accepting tithes.

I was taken aback by the fact that ‘The Church’ saw the need to respond at all. Like the OAP, most of the pastors that took time out to respond to him failed to realize the fact that issues of faith are matters of the heart. People don’t just choose religion or choose to ‘serve God’ just for the sake of it, no.  Many people do because of real personal experiences and very touching stories. 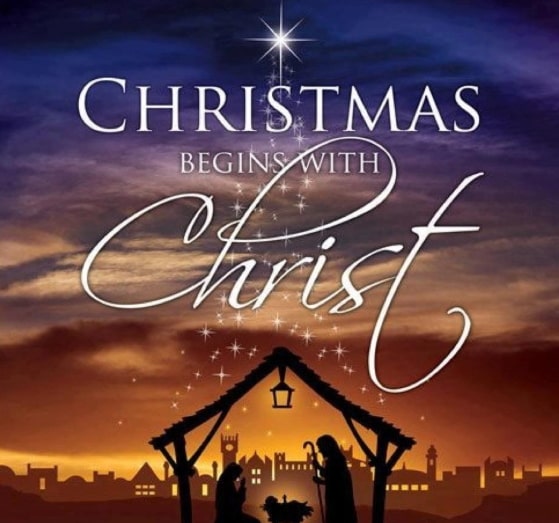 I mean, how do you tell for example, someone who was clearly healed of an ailment, or who received answers to prayers that he should not believe in God or pay his tithe if his pastor tells him that’s the best way to please God or the source of his fortune? So, if this OAP somehow manages to convince him and he stopped paying tithe or going to church, what would he do?

People should understand that it is precisely because religion is ingrained in man that is no matter what this OAP and his likes say, the number of believers in general and tithers in particular, would continue to increase. That is why the question put to him by a certain comedian recently; asking how many churches have closed down since he started his ‘movement’, is very instructive.

As if that was not enough, sometimes ago, I read somewhere where the OAP was trying to suggest that the Islamic narrative of Jesus’ birth was more authentic compared to that the Holy Bible, with respect to his time of birth. The point is, who, except the OAP, doesn’t know that apart from been older, most of the stories about Biblical characters found in the Koran are mostly a corruption of Biblical stories?.

Then the man was again quoted as saying “there is no way God’s son could have been called Jesus because the letter “J” was not invented until 1600” And then went on to say some other stuff about Jesus real name. 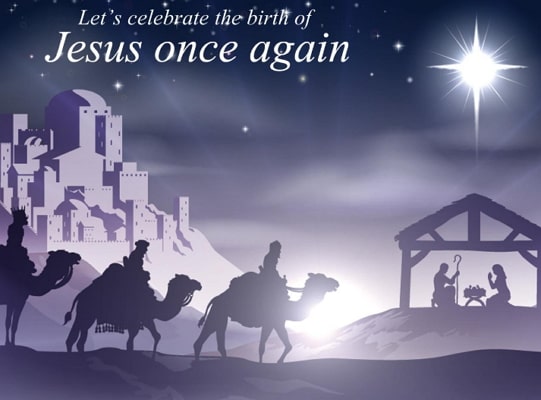 I believe serious minded Nigerian Christians should ignore loudmouths who speak obscenities simply because they want to sound different, believe they have a following or want to challenge certain people’s beliefs just for the sake of doing so.

Historians generally agree that the word “Jesus” is a masculine given name derived from the name “Iēsous”, the Greek form of the Hebrew “Yeshua”.

Even though the name is a Greco-Roman derivation of the Hebrew name Yeshua, it means exactly what it means in Hebrew, which is “to deliver; to rescue, to save.” So what is the noise about the letter “J” not being around in Jesus’ time, or what name he was called, when both words mean the same thing and the later was actually derived from the former? If I say “Jesus” today, even a child knows am referring to the saviour of the world how much more the Saviour himself.

Finally, and the focus of this article, the man was again recently quoted as saying “Christmas is Nimrod’s birthday, keep Christ out of it” as if he was saying anything new. I made the point in previous articles that there is virtually no Christian today who doesn’t agree with the idea that Jesus was not necessarily born on 25 December and that, that should not detract from the essence and purpose of Christmas.

Some of the reasons why many Christians today disagree are varied and the legacy long, some going back to the Puritans and up to present day groups such as the Jehovah’s Witnesses etc. Some claim that since Jesus didn’t command it and his apostles didn’t celebrate it, we shouldn’t. But that would be like saying we know exactly everything the apostles or even Jesus say or did when they were here.

For every person who chooses to abstain from celebrating Christmas, millions more revere the holiday. According different opinion polls, there are more than 90 percent adults worldwide today who say they celebrate Christmas, including 85 percent of non-Christians.

Those who insist on not celebrating, like I said previously, miss the underlying value of Christmas, which is the amazing sense of giving. God is a giving God, and Christmas reminds us that we are supposed to be like Him.

This is why many of us who are aware of all the objections still choose to celebrate it.

Those who look at the materialism that accompany the celebration and thus reject it on the basis of that are in other words telling us it is right to reject Christmas because we are all imperfect. And that is exactly what people like this OAP are doing; they critique churches and pastors but forget Biblical teachings and examples which ought to be strong enough to counter the trend toward materialism or the negative attitudes of imperfect humans, pastors or not.

Liturgically speaking, Christmas is a season, not a day, and it important for us to bear that in mind. December 25 may not be the actually birthday of Jesus and may be pagan yes, but the season itself, its messages, and the figure we celebrate are not.

For those hammering on its pagan origin, well, we now have a new ‘paganism’ layered on top Christian holidays (holy-days). Like the pointed I raised in previous articles, all language has roots somewhere. Most of our days of the week if not all, our months of the years, etc grew out of pagan names too. Until groups like Jehovah’s witnesses stop using the word or worshiping on “Sun-day” because it was related to the worship of the sun god once upon a time, I won’t take them serious on Christmas.

Which modern speaker of the English language today thinks of “Sun-day” as carrying a connotation of sun worship? Yet that’s the very nature of language and almost everything we believe today which we don’t even care their origins.

Christmas now means that we mark it in Christian ways as the birth of Jesus Christ. The birth, death and resurrection of Christ are the most important events in human history. Not to mark them in some way, by way of special celebration, would be foolish.

Some say all days are special so why set one apart, if all days are special then no day is a special, why the noise over those who choose 25th then? We can’t deny the fact that some times are so remarkable for example, like anniversaries, birthdays, and even deaths, that they are worthy of being marked. How much more the birth and death of the saviour of the world Jesus Christ!

I absolutely agree with the American author John Piper who says “It’s really worth the risk, even if the date of December 25 was chosen because of its proximity to some kind of pagan festival. Let’s just take it, sanctify it, and make the most of it, because Christ is worthy of being celebrated in his birth”.

Finally, why should I rely on an OAP whose life is not entirely a beckon of light, someone who I can’t even recommend as a role model or an example for kids because of his own lifestyle, to tell me who to or who not to celebrate or when?

Do I need him to tell me that without Jesus coming into the world there would be no forgiveness of sins? No I don’t, and so should you.

May the treasures and traditions of Christmas fill your heart with hope and happiness and may the sacrifice of Jesus Christ abide with us all, amen.