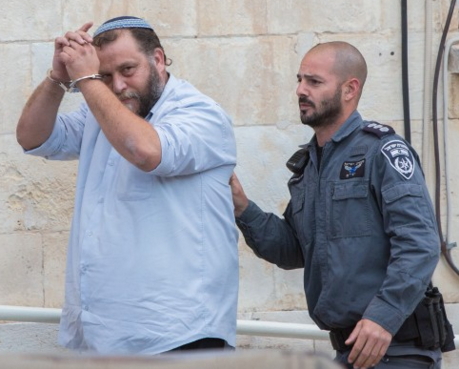 December 23, 2015 – Jewish Extremist Benzi Gopstein Calls For Ban Of Christmas Celebrations In Israel, Says Christians Should Be Expelled From Jerusalem

A Jewish extremist has called for the expulsion of Christians from Israel and a ban on Christmas.

Benzi Gopstein, the founder and leader of Lehava Sect says Christmas has no place in the Holy Land because Israel belongs to the Jews.

He also made an insensitive statement on his website about Christians.

This is what Gopsetein wrote on his website recently:

“Let us remove the vampires (referring to Christians) before they once again drink our blood,”.

According to Times of Israel, the group recently patrolled downtown Jerusalem looking for mixed couples to attack.

Israeli has over 160,000 Christians who are getting ready to celebrate the birth of the Lord Jesus Christ.

Christians in Israeli are now calling on Israeli’s PM to investigate Benzi Gospstein for the insensitive statement.