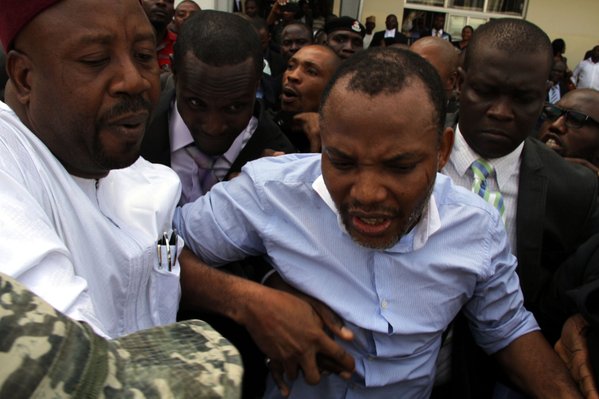 A federal High Court in Abuja, Justice Ahmed Mohammed today withdrew himself from the trial of Pro-Biafra leader, Mazi Nnamdi Kanu over DSS refusal to obey his orders.

Last week, Justice Mohammed ordered DSS to release the freedom fighter but he was kept in detention for days after which the agency filed fresh charges of treason against him.

After hearing arguments of both sides today, Justice Mohammed return the case file to the chief judge of the Federal High Court to reassign the suit.