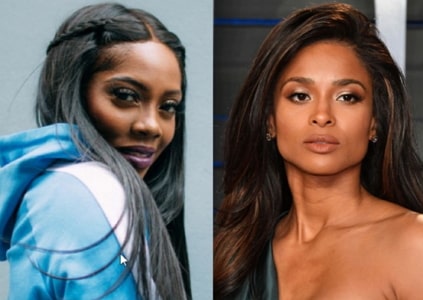 Tiwa Savage: Ciara Didn’t Steal My Song, She Only Copied ‘Before Nko’ Style In ‘freek Me’

While addressing Capital Xtram’s reporter Tim Westwood, the singer said Ciara’s latest single that featured Tekno, Freek Me is an unapproved sampling of  her song, Before Nko.

While Nigerians were slamming Ciara for song theft, the singer said it is an honour.

“It’s amazing. It’s an honour. I knew she was going to sample the record.

“Her people had spoken to my people but I didn’t hear the final product until it came out but it was a pleasant surprise. Big shout out to her.”

Listen to the two songs below to see who copied who.

Tiwa Savage Before Nko Released In 2015

Ciara Freek Me Released In 2018