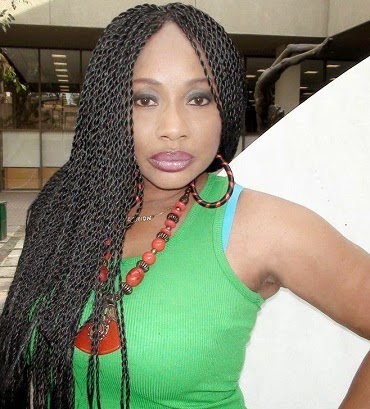 Veteran Nollywood actress Clarion Chukwurah is not a happy woman at the moment over the abuse of power being displayed by the President and leaders of Actors Guild of Nigeria, AGN.

In a recent interview, the actress said she let go of her ambition to run as AGN President after she noticed the desperation being displayed by leaders of the actors body.

“The Ibinabo Fiberisima issue was made unnecessarily into a personality clash which I think was targeted at embarrassing me to make me withdraw my intention to run for the presidency of the Actors Guild of Nigeria. I saw the resistance to change that is necessary to come into the Actors Guild of Nigeria and over the entirety of leadership. Reducing the whole thing to such a petty level was because the people at the helm of affairs supporting Ibinabo and part of her group were afraid of my pedigree and personality and they sort to embarrass me to make me withdraw but that is not what made me to withdraw. What made me withdraw was that I saw how petty the whole thing had become and the desperation of their resistance. That means these people know they are done as far as the craft is concerned and this is the only thing they have to hold on to. So it is time that will fade them out with the new changes coming into the industry. Like I said, the wheat will be separated from the chaff so that the industry and Nollywood can move forward,”.

AGN will pick another president today.