Some schools in Texas have been shut down amid fears that students or staff might have been exposed to a the 2nd nurse who contracted Ebola virus from Liberian Thomas Duncas at an Isolation ward in Texas Health Presbyterian hospital.

The US Centers for Disease Control has reached out to 132 people who were on the same October 13 flight as Amber Vinson, but said there was an extremely low risk that anyone was infected.

She had a low-grade fever and was not vomiting or experiencing diarrhea on the trip from Cleveland to Dallas/Fort Worth, but she should not have been allowed to board a commercial airline, CDC chief Tom Frieden said.

3 schools in Central Texas were closed closed because 2 students had traveled on the same Frontier Airlines flight. 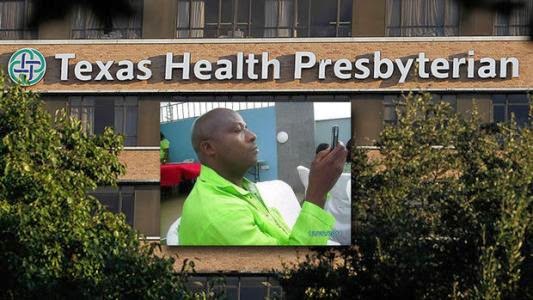 Her Ebola diagnosis was announced October 15, two days after she took the domestic flight. Another nurse, Nina Pham, was diagnosed with Ebola on October 12.

Ebola is spread through close contact with the bodily fluids of an infected person. The virus has killed more than 4,400 people in West Africa since the start of this year.

Chei! this Ebola thing is going out of hand o.