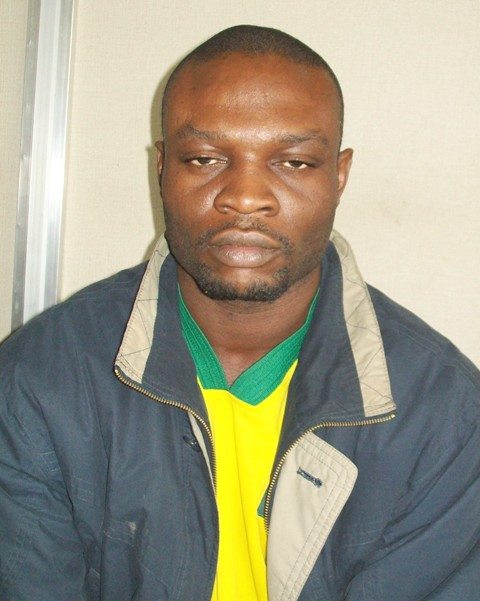 Ozoani Sunny Edwin, a 34-year old suspected drug trafficker has died after a wrap of cocaine he ingested burst in his stomach, NDLEA report.

The deceased, who returned from Brazil onboard a South African Airline flight, was arrested at the Murtala Muhammed international airport in Lagos, southwest Nigeria. Ozoani hails from Enugu State, Southeast Nigeria. 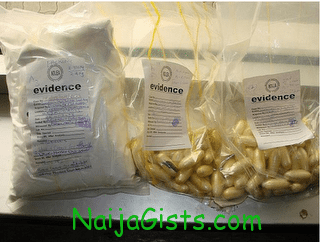 He attended Nwueodobo Primary School Ngwo and Christ High School Abor both in Enugu State. He lived at Ejigbo area of Lagos.

“During screening, he tested positive to drug ingestion and was placed on observation. He excreted 10 wraps of substances that tested positive for cocaine weighing 180 grammes,” NDLEA said.

” While still under observation, he complained of stomach pain and was rushed to the hospital where he eventually died. A postmortem examination revealed that his death was due to one of the wraps of cocaine he ingested that ruptured in his stomach,” the agency added.

NDLEA said that the demise of the drug suspect coupled with other Nigerians on death row in foreign countries over drug related offences, is calling for stiffer penalties for drug traffickers.

“Until we get the penalty right, drug trafficking will remain attractive. Every case of drug trafficking involving type A drugs like cocaine, heroin and methamphetamine runs into several millions of naira.

“We must therefore wield the big stick against offenders to serve as deterrent. I am optimistic that adherence to stringent bail conditions and minimum of 15 years jail term will turn the tide of events,” said Ahmadu Giade, NDLEA Chairman.

Giade described the death as sad and painful.

He said: “This death is sad and painful. The deceased would have been alive to face trial and ultimately given opportunity to learn from his mistakes. I urge members of the public to shun drug trafficking and make quality choices that will enable them maximize their destinies.”

NDLEA Airport Commander, Hamza Umar added that the family members of the deceased have applied for the corpse to be released to them after the autopsy.

“Following the sad incident, we made contact with the family members. They also witnessed the operation where the ruptured wrap of cocaine that killed their son was recovered from his stomach. The agency has also granted their request for the corpse to release to them,” Umar said.

NDLEA said that preliminary investigation showed that the deceased Ozoani Sunny Edwin traveled to Brazil in search of greener pastures on 3 March 2012.

“He told investigators that the drug deal was not in his plan when he left the country.

What a sad way to end it all.