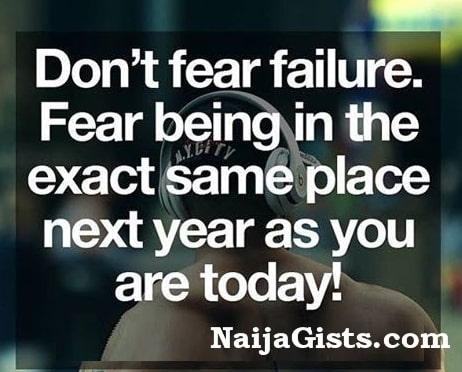 In Think And Grow Rich, Napoleon Hill goes into detail about something that has plagued us since the dawn of time. Fear. It is one of the most crippling things that can overcome us. In fact, it’s often the fear of something happening that’s far more frightening than the actual event itself. However, we replay that fear so many times, over and over in our minds, that it becomes far worse each and every single time.

Fear is all consuming. And when you’re struggling with fear, especially when you’re in a state of a fight for financial survival, struggling to feed your children or keep a roof over your head, desire seems to diminish and fade away, much like black-and-white movies of yesterday that are too hard to recall. However, when you can understand fear and harness it, not only can you overcome it, but it’s certainly a way to jumpstart any type of goal achievement.

You see, oftentimes, the reason we don’t start or continue towards the pursuit of a goal, is due to underlying fears that lead to self-doubt. We doubt our own abilities. It’s not a matter of desire any longer. It’s a matter of simply not believing it’s possible. When those dreams are dashed, it becomes apparent in our demeanor. We slouch our shoulders and droop our heads and mope around like the sorry, lost souls we can be when things don’t go our way.

However, information is power. And understanding the fears that are holding you back in life can certainly arm you with the tools and the knowledge you need to propel yourself forward. Without it, no matter what you desire to achieve, you’ll continue to be gripped by fear and held back in life. But to do this, you need to be brutally honest with yourself. 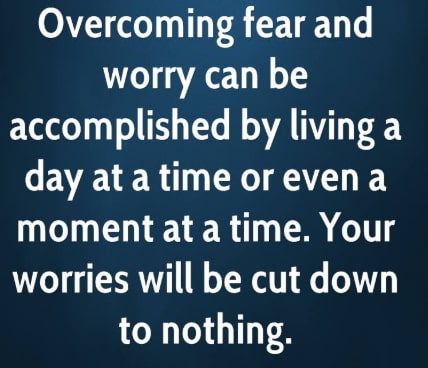 So what are the fears described by Napoleon Hill? There are six basic, underlying fears, in fact, that need to be learned, harnessed and overcome if you want to truly succeed in life. However, what you’ll discover from much of Hill’s prose is that the way to do anything in life, including overcoming the basic fears that are keeping you from getting rich, is to harness the one thing that we are almost all well-equipped with — the mind.

Keep in mind that much of life and what happens to us has very much to do with our own thoughts and decisions. We can easily decide to feel one way or another. We simply have cues or prompts that we feed off in life. Oftentimes, we’ll say that if so-and-so happens, then I’ll be happy. Or, now that this occurred, I’m doomed and destined to never fulfill my dreams in life. Sometimes we take things in stride and other times we allow things to destroy our sense of self.

For that reason, if you can merely decide that you want to do something and harness the powerful mind that you’ve been equipped with, you will find a way. If you don’t, you will most certainly find every excuse possible. So heed this as both advice and warning. You have the power of the universe locked away within your skull. You can use it to achieve your wildest dreams, or it can be leveraged to help send you hurtling towards almost certain defeat. The choice is entirely up to you.

The first of the six basic fears that Hill talks about in Think and Grow Rich is the fear of poverty. This is a prevailing fear, especially when you’re in a state of struggle and lack. For example, when you lose your job and you’re unable to find a way to make money, the fear of poverty moves in, taking permanent residence in the mind. In fact, this fear is always there to some extent, but it lives primarily in the subconscious mind.

While Hill says that the starting point of all achievement is desire, it’s also evident that deep-rooted fears can crush just about any goal. When you know you need to take action but you’re stricken by the fear of what-if scenarios, then clearly, it becomes nearly impossible to extricate yourself from that self-imposed prison. But if you don’t, no amount of desire will lead to achievement. You’ll feel stuck and constantly in a rut.

Hill says that to combat this fear of poverty, you need to use a positive mindset by just deciding you will make money ethically. How can you go about doing this? Simple. Find a problem that’s permeating a subset of society, and solve that problem. If you can find a massive problem plaguing even more people, then by solving that problem you’ll accumulate even more wealth. The truth is that the more value you can provide to the world by solving big problems, the more money you’ll make.

I’m not sure about you, but this one hits home for me. For a large part of my youth, I struggled with the fear of being criticized. If people were laughing nearby, I was almost certain it was at my expense. This has a big part to do with how much I was bullied in grade school. Although I’ve largely shed this skin, there is still a hint of this that resides within me. While I attribute some of this to being conscientious about things like my appearance and putting my best foot forward, this still nags at me from time to time.

However, there are extreme versions of the fear of being criticized. Those versions inhibit people from doing something that they know will take them to the next level in life. In order to break free, and truly achieve your wildest dreams, Hill states that you have to decide to not care about the opinion of others. As difficult as this might be, this fear of criticism, especially for some people, can be paralyzing, to say the least.

Simply put, we need to realize that others opinions of us just does not matter. As long as you are doing right by you, and you aren’t doing something illegal or unethical to earn an income, then get out there and do something that frightens you. For me, it was first starting this blog. Then, starting my podcast. But the ultimate fear that I overcame was when I started regularly speaking in public at masterminds and events. I can assure you that breaking free from these chains is the one the most liberating and euphoric experiences you can ever go through in life.

The unfortunate truth about life is that it’s not permanent. At least not today it isn’t. We’re here one moment, then gone the next. Sure, in a thousand years from now we might all be living forever. But, right here, and right now, we are only walking on this earth for a limited time. You’ll have roughly 80 to 100 years to exist. During that time, you’re likely going to fear getting sick or ill or contracting some life-threatening disease.

However, for Hill, once again, the path forward is in the simple act of deciding what to focus on. The truth is that our minds are very powerful. In fact, they can heal a variety of illnesses. Many studies have shown this. But, too often, when we focus on the wall, we’re going to hit the wall. We can make things worse by allowing our mind to reel and spin out of control, going off on dangerous tangents of negative thinking.

Sometimes, when you’re struggling to achieve what you desire in life, you’re stricken with the fear of loss of love. Believe me, the loss of love hurts. But the fear of it hurts far more. The truth? We can manifest the loss of love into reality with our minds. I know it because I’ve done it. I’ve lost love by fearing it to come to pass, and eventually it did. You see, as you think, so you shall become.

However, we shouldn’t base our happiness on another person. Happiness comes from within. It should not be relied upon from an external source. If that’s the situation, then you need to do some deep soul searching. But, more importantly, as Hill suggests, think love based thoughts and put love out into the world and you will certainly get it back in return. Don’t fear the things you cannot change in life. Especially the loss of love.

Sometimes, bad things happen in life. And, when we’re going through that storm, we don’t feel like there’s a rhyme or reason for it that we can understand at the moment. However, in time, the reason often reveals itself. God’s plan is much bigger and brighter than your own plan. So don’t fear what you cannot change. And if you’re going through tough times, understand that this too shall pass.

The fifth fear that that Hill talks about is the fear of old age. Considering that none of us are getting any younger, we are all hurtling towards our impending demise. The one thing we all have in common is that we will eventually die. As morbid as that sounds, it is God’s honest truth. However, it’s not about whether we will die or not, it’s about whether we will live. Are you being present or are you living in a state of resentment, animosity, guilt, anxiety or fear?

Truth be told none of those things serves us very well. They only help us to age just a bit more every single day. Hill says that we should simply decide that our old age is a blessing rather than being afraid of aging. Wisdom comes over time and age is most certainly nothing but a number. But by fearing old age, it will get you nowhere fast. Instead, embrace your age. Look at it as an advantage rather than a disadvantage. Again, it’s all in the mindset.

The fear of death is ubiquitous. It’s part of our genetic make-up. The fight-or-flight instinct. We have that for a reason. It’s because we were built to survive. Those alarms that go off when something just isn’t right, go off for a reason. However, that doesn’t mean you should spend your days fearing impending death. You could die today or 100 years from now. No one knows because anything could happen. Rather than worry about it, embrace life today, in this present moment.

Hill argues that you need to accept death as a fact rather than fearing it. You see, we all have a limited time. It’s not about how much time is left but how you use the time that’s left. That’s what matters. You have to decide, today, right here and right now, that you’re going to live. Chase your dreams. Live passionately. And go out and make a mark on the world. There’s a reason why you’re here. Find that reason. Embrace it. And do something remarkable in life. Yes you can!..

Overcoming Indecisiveness: How To Make The Right Decision When Confused Or Can’t Decide
Why You Should Top Up Your Water Drinking Game: 5 Overlooked Benefits Of Drinking 2 Litres Of Water Daily