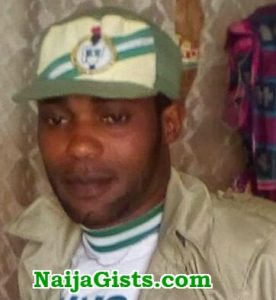 The NDLEA has arrested one Iredia Austine in the Owan East Local Government Area of Edo State for alleged drug trafficking.

We learnt that Austine, said to be a graduate of Geophysics at the Ambrose Ali University, Ekpoma, was arrested by NDLEA operatives in Iyeu-Otua community following a tip-off.

Armed personnel from the state command of the agency were said to have stormed the residence of the suspect on Ohiomah Street, where 82 bags of dried weeds, weighing 762 kilogrammes, were discovered. 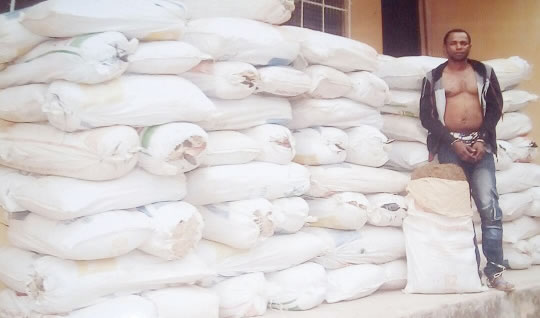 Wakawa said the 82 bags of dried weeds were recovered from inside the ceiling of the suspect’s apartment.

He said, “The suspect was arrested at his residence in Otuo based on intelligence report. During a search operation, officers discovered 82 bags of cannabis sativa concealed inside the ceiling of his house with a total weight of 762kgs.”

Austine claimed that financial constraint pushed him into marijuana peddling as an undergraduate in 2011.

“I studied Geophysics at the Ambrose Ali University, Ekpoma, and completed my National Youth Service Corps (programme) in January, 2018. I started selling cannabis in 2011 when I gained admission into the university. This was because I had no one to help me financially.

“After my graduation, I stopped selling cannabis; but the temptation arose when I purchased a form for my Masters degree programme at the University of Port Harcourt.

“It was circumstances that made me to deal in it (cannabis) and this is the largest quantity of cannabis I have bought at a time. Please, I need help because there is nobody I can turn to in life for assistance,” Austine said.

But Wakawa said Austine’s excuse was not tenable, vowing that he would be charged to court.

He noted, “This is a criminal act that is punishable by the NDLEA Act. It is unjustifiable to engage in the criminal act under any pretext.

“A preliminary investigation uncovered that the suspect bought the drugs during the harvest season and stored it in the ceiling for sale during the peak season. Further investigative activities have been concluded for the suspect to be arraigned in court soon.”