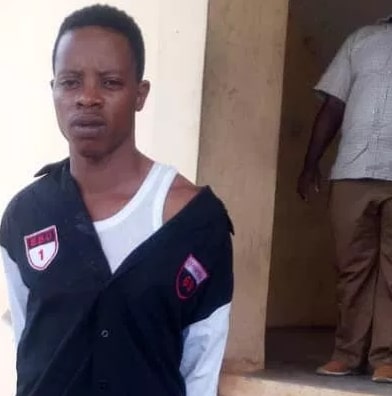 As earlier reported, the Togolese cook who allegedly murdered his boss at Parkview Estate in Ikoyi last week Wednesday and fled to Ondo state has been arrested.

Police picked up Sunday Afobale at his hideout in Akure on Friday.

Afobale who claims innocence said late chief Bademosi’s Security Guard should be questioned for allowing robbers into the home of the deceased.

See his confession video below:

For the records, Afobale is from Togo and not Benin Republic as stated on the social media.

Photos: Demonic Possessed Wife Kills Entire Family, Commits Suicide In Makurdi Benue State
Nigerians In Canada Don’t Love Or Trust Each Other; They Patronise Ghanaians More Than Their Own……