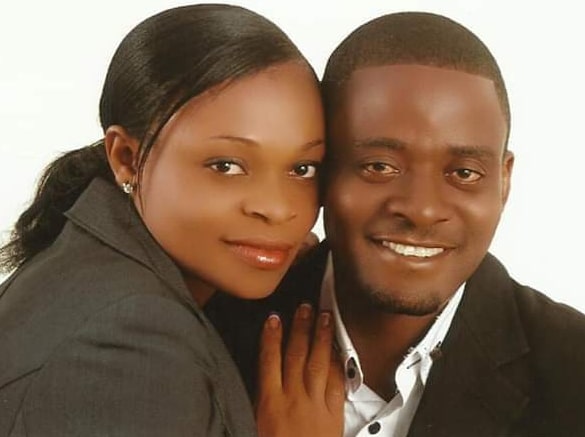 Police in Benue state have confirmed the killing of a man and his three children by his wife, Rachael Adetsav, who also took her life.

Our correspondent gathered that the woman, after killing her family members, rushed out of their apartment to smash her husband’s car before she locked up the door and stabbed herself in the chest.

The command’s spokesman, Mr Moses Yamu, in an interview with the News Agency 0f Nigeria on Saturday, said, “The man, Mr Nicholas Adetsav, an employee of Makurdi Local Government Council, and his children were killed on Friday night in Makurdi.

“His wife, who we believe is responsible for the death of the four people, also killed herself. From information available to us, the woman has been having issues with her husband, which might have culminated in this.”

Yamu said the couple, who lived at Vandeikya Street, opposite NKST Church, both worked with the Makurdi Local Government Council.

“They have been having issues; just yesterday (Friday), the woman was seen with a pestle trying to smash her husband’s car. No one knows the cause of their frequent fights,” the PPRO said.

He said police personnel sent to the house found the man foaming in the mouth, the three kids already dead, and the woman, also dead, was found holding a knife in her hands.

“The incident happened around 8.30pm on Friday. From what we have gathered, the couple fought on a daily basis,” he told NAN. 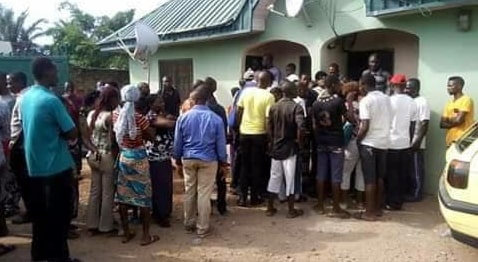 A neighbour of the couple, Sandra Kaso, who spoke to Metro Plus, said the mother of three must have first hit the husband on the head with a pestle and, when he was unconscious, cut open his throat before butchering their three children.

She explained, “When we heard the sound, we came out and found the woman breaking the windscreen of their vehicle. She then went inside and locked the door. We tried to prevail on her to open the door but she refused.

“At a point, when the fight was becoming prolonged, we had to alert the caretaker of the house so that he could call the police but he said if we couldn’t settle the matter, we would be held responsible. 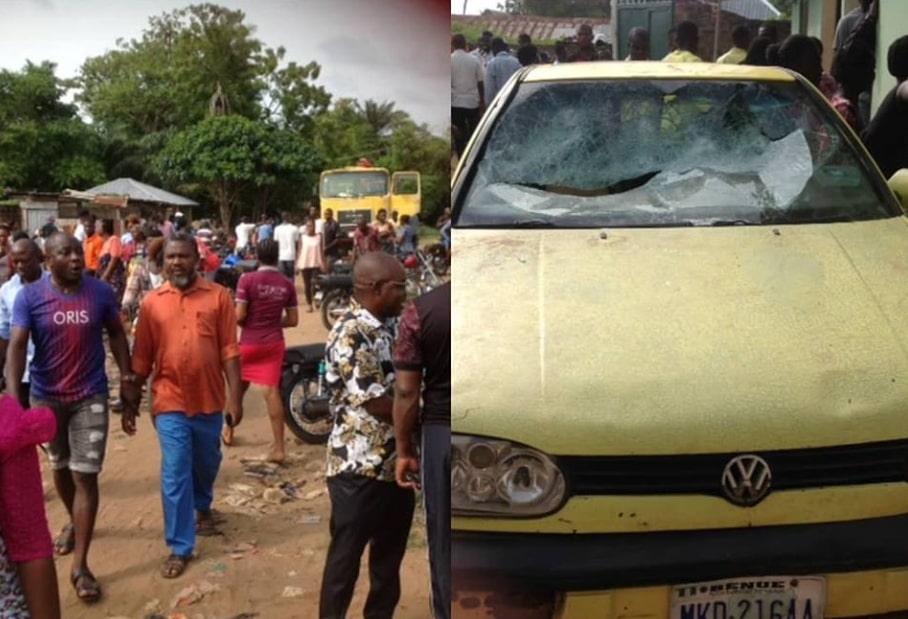 “By the time we called the police at about 9pm, she had already killed every member of the family. The police had to break open the door to find all members of the family in a pool of blood.”

Residents of the area who gathered at the victims’ residence described the woman as troublesome, adding that she had stabbed a neighbour once and the case was still in court.

When our correspondent visited the house, a massive clot of blood covered the apartment of the couple.

One of Nicholas’ colleagues, Janet Iorpav, described him as someone who could not hurt a fly. 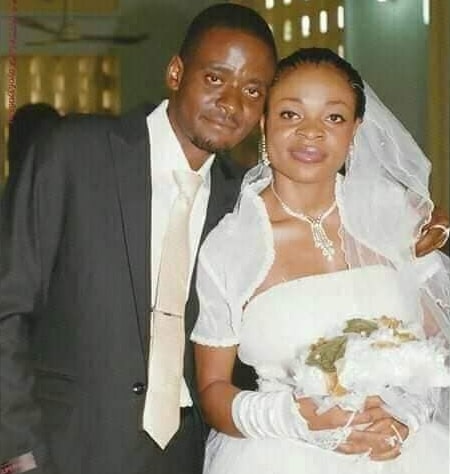 According to her, everyone at the office knew Rachel as a troublesome person who could use anything to harm whoever crossed her way.

“No one dared court her trouble because there and then, she would tell the person that she would kill him or her,” Iorpav said.

Yamu, however, stated that investigation had begun to determine the reasons for the murder-suicide, adding that the corpses had been deposited at the morgue of the St. Theresa’s Catholic Hospital, Makurdi.

The Chairman, Makurdi Local Government Council, Mrs Akange Audu, confirmed that the couple were employees of the local government council.

She also confirmed that the couple “were always fighting,” adding that the woman had warned neighbours to stay out of their fights.

A cross section of the neighbours, who spoke to NAN, also stated that the couple had been having issues.

They said the couple had been fighting since Friday afternoon, but no one seemed sure of the cause of their fight.

One of the neighbours told NAN that she stopped intervening in their quarrels when Mrs. Adetsav threatened her with a knife during one of such interventions.