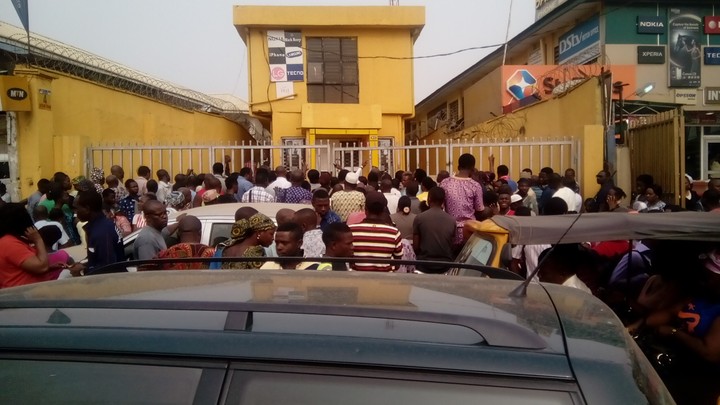 A middle-age woman fainted yesterday when a huge crowd gathered at the MTN Office in Matori area of Mushin for last minute sim card registration.

There was mild protest when some MTN staff used their position to help family members and friends jump the queue to go inside.

For about 20 minutes, numbers were not issued to the customers, as they insisted that they must all be attended to, unless those smuggled in were ordered out.

Angry customers, who said they had been on the premises since morning, laid siege to the entrance and rebuffed all entreaties for amicable resolution of the matter.

The woman who fainted was revived by the crowd before MTN staff hurriedly took her inside for her sim card registration.