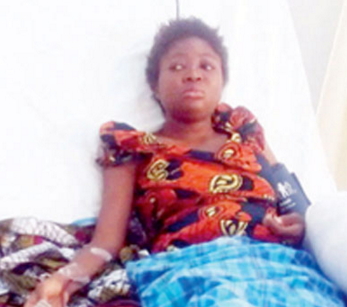 She just had her second baby through a ceasarean session. She was weak and it was almost dismissed as baby-induced. But when days turn into weeks and the weakness refused to abate, Mrs Akindele Omokunle, 33, had to seek medical explanation.

So, on July 29, last year, she was at the Gbagada General Hospital, where diagnosis was carried out on her. The result of the test on her was shattering: she has kidney problem.

So far, she has had several dialysis session, the last being on Wednesday. She has been in and out of the hospital.

The maintenance haemodialysis has cost her family thousands of naira. It costs. About N70,000 twice weekly. For the transplant she needs between N6 and N7 million.

The Iju-Lagos suburb-based mother of two, whose dilemma started on March 4 last year, needs the help of Nigerians, charity organisations and corporate organisations to stay alive.