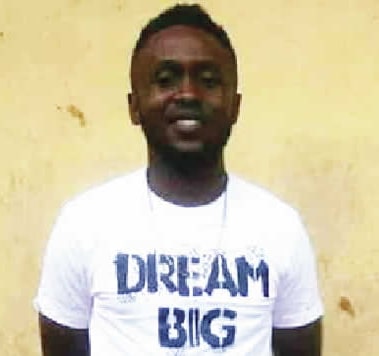 A man identified as Chimezie Dike was killed during a fight with one Henry Ekeozor for pasting campaign posters on the wall of a building without permission.

The incident was said to have happened around 8.20pm at 40B Azikiwe Street, Mile 2, Diobu, Port Harcourt, Rivers State.

The deceased, according to sources, was not a member of the All Progressives Congress, but was contracted to paste the campaign posters of Collyns Owondah, a House of Representatives candidate of the party in the area.

It was gathered that Henry and his mother, Ifeoma Ekeozor, a woman leader of the APC in the area, had expressed dissatisfaction over the pasting of campaign posters of the House of Representatives candidate on the wall of their residence.

The disapproval by the duo reportedly caused a fierce argument with Dike, a development that degenerated into a fight before the victim was stabbed in the chest.

A source said Dike bled to death before he was rushed to a nearby hospital, where he was confirmed dead by doctors.

The source, who identified himself as Dengi, said, “The woman (Ifeoma Ekeozor) is a woman leader in the APC, while the man, whose campaign posters were being posted, is also of the same political party, but they belong to different factions of the party.

“The young man pasting the campaign poster was Chimezie Dike from the Nwangele Local Government Area of Imo State. The boy came to the street to paste the posters of a politician running for an election.

Another eyewitness, who preferred not to be mentioned, alleged that a dagger belonging to Henry’s brother, who is a soldier, was used to stab Dike in the chest.

The eyewitness stated, “The woman (Ifeoma Ekeozor) even broke a bottle during the argument. Everybody parked out of the house because a group of youths, who were not happy about the killing of the boy, went ahead to ransack people’s houses.

“A journalist staying in the building lost some of her property, including a laptop, after she left the place in a hurry to avoid being injured. The house is a three-storey building and the shop operated by the woman (Ifeoma) is on the ground floor.

“The young man pasting the poster, the woman and her son are all APC supporters, but they belong to different factions. He (Chimezie) was rushed to the hospital that night, while the mother of the attacker was arrested the same day by policemen from the Azikiwe Police Station.”

The eyewitness added that a group of policemen was currently at the hospital, where Henry Ekeozor, who was also injured during the fight, was admitted for treatment.