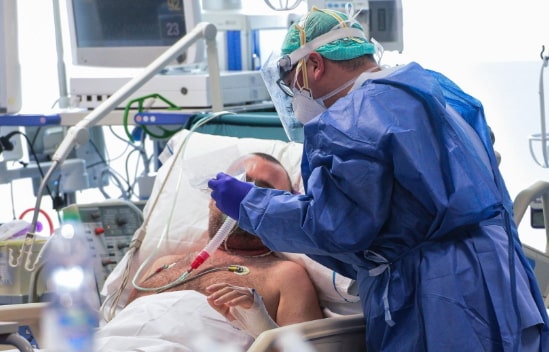 The death toll of  Coronavirus disease is now over 10000 worldwide.

According to new information released by World Health Organization on Friday, over 240,000 people have tested positive to the deadly virus across the globe.

Italy with 4,300 deaths now has the highest death toll in the world.

On Friday Italy declares 627 deaths. China has reported 3245 deaths since the outbreak that originated from Wuhan.

Trailing China is Spain which, as at Friday had recorded 1002. About 20,000 people have been infected in Spain while 1,588 people recovered.

There were also 11 more deaths from COVID-19, the disease caused by the coronavirus, bringing the total in Germany to 31.

It has been recommended that people maintain their distance to limit the spread of the novel virus.

Continue Reading
You may also like...
Related Topics:coronavirus death toll 2020

Coronavirus Is A Warning Sign That Christ Is Coming – Nigerian Prophet
Coronavirus: Safety Precautions With Use Of Hand Sanitizers