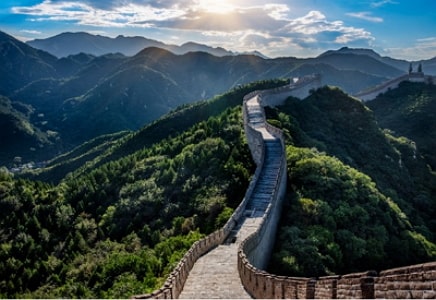 What Is It Between China And Deadly Virus Outbreaks

What correlation does china have with pandemics? I’ve tried hard to figure this out. In the last two centuries, china has been in the news, not just for its recent economic bloom that has given her the tag “world’s industrial capital” or the plethora of Chinese movies that are scattered across the world. No! She has managed to find its way into the black books of pandemics and it seems there is one new disease walking its way from china to the rest of the world every decade.

Are birds and rodents in china different from those in other climes that they happen to be the easiest host for virulent and communicable diseases?

True, china is home to about two-fifth of the world’s population. Perhaps Chinese demons are more populated than elsewhere so that they’d find it easier to launch deadly metaphysical arsenals to earth inhabitants via animals residing in their territory. I am just thinking like the average village African.

I’ve only been around earth about three decades now. I’d tell you the first time I heard real stories about China apart from the Chinese movies that we were accustomed to watching as children was about SARS Severe Acute Respiratory Syndrome.  Don’t forget how in primary school we had to tell the news every morning and one little chap stood out one morning to tell us about SARS.

The recent Coronavirus outbreak seems to have finally stamped china as the world’s capital for new pandemics. At least I’ve seen three from china in my few years on earth and my history books tell me there have been more in the past.

If you are a sincere knowledge seeker, the question that may poke out from your mind is why China has proven to be the start-off point for pandemics in recent years.

China isn’t like other emerging world economies. She has sufficiently built a technology and an industrial base over the years that has empowered her to be able to invent anything at the least thought. Whether its medicine, information technology, agriculture, education or infrastructure, Chinese scientists and engineers have been at the forefront of re-engineering the world.  Today she poses a major threat to the economic prowess of the United States of America.

The Chinese have often boasted of having therapeutic medicines that can cure any disease and their ancient medical techniques have been updated with the use of technology. You’ve perhaps heard of Chinese green tea, a tea that heals patients of various diseases selling wildly across the world and the special highly celebrated acupuncture technique. The world has been greatly influenced by these two Chinese healing methods.

Maybe these pandemics arrive to prove Chinese medicine wrong. It may be China isn’t doing enough to protect her citizens.

But what makes Chinese animals susceptible to hosting pandemic causing pathogens or viruses? No one seems to get the clues to the answer. Scientists are quick to assert to mutation as the major cause. They claim that either the virus is mutating or the animals are. This leaves us asking, what caused the mutation in the first place, and why do these mutation not happen elsewhere as often as it does in China. Maybe those in the virology, biotechnology and genetics labs across the world will have to answer these questions.

There have been several theories propounded about the development and use of biological weapons by several countries. The Chinese government will find it easy to make assertions that the virus that caused the COVID-19 pandemic is actually an international instrument to put a check on Chinese growing influence which is becoming a threat to American and European powers. It’s the easiest conspiracy theory to believe.

President xi has apparently figured it out, claiming that American soldiers brought the virus from their country during the military games held in Wuhan in China. This may be true, no one can tell absolutely.

The race for the development of biological weapons across the world is at frantic speed. While the countries involved in this race will deny they are working on anything serious, we are aware through advances in science that mutation doesn’t just happen. It can take thousand to millions of years for mutation to occur. A virus that has always existed and survived on animal without harm cannot just suddenly become harmful because it’s a new strand.

Birds, rats and monkeys for example have been living with man for donkey years and these viruses have often survived on them without hurting man. But then suddenly, mutation occurs and the same birds, rats and monkeys become carriers of deadly viruses that are dangerous to humans. It doesn’t seem to make sense right?

If I apply the universal rule of cause and effect, there actually should be a cause for the sudden speedy mutation of viruses that suddenly turns a once harmless pathogen into a deadly arsenal. If we do the tracing well, don’t be surprise to find the source from one of those high-tech bio labs.

China seems the perfect place to brood pandemics considering the number of previous pandemics that have found its way from here.

Anyone can choose what to believe. We have a right to how we think and what we think about a particular situation. The problem is that what was intended to be a Chinese problem, the coronavirus, has had damning effects on every country of the world. There are countries that will go through an epidemic and the world need not worry about the backlash. But China? Anything that’s happening in China will certainly have rippling effects across the world.

Chinese businesses have influenced major and minor economies across the world. A “hurting” china will mean a major imbalance in the world’s economic system. This coronavirus has shown us how bad things can become.

China should be careful to not allow her people be the testing ground for the efficacy of biological weapons. If the government is certain the coronavirus pandemic that has raged the world isn’t from within them, they must take strategic measure to protect her citizens, else China will continue to offer herself as ground zero for the entry of new diseases.

Our fear is, coronavirus has proved this deadly. There may just be more deadly pandemic waiting to happen just after the world has survived this pandemic.

China by now should be weary of the bad boy tag. Just as the world’s advanced military countries are perfecting missiles defense systems, China must use her expertise to develop pandemic defense systems else she may wake up one morning to find half of her citizens dead overnight. I’m just saying.

About the author: Ekekere Samuel Ufot is a writer and author of several books including the best seller “Starting All Over After a Lockdown”. +2347939702747 ekekeresamuel@gmail.com www.facebook.com/naijasoars