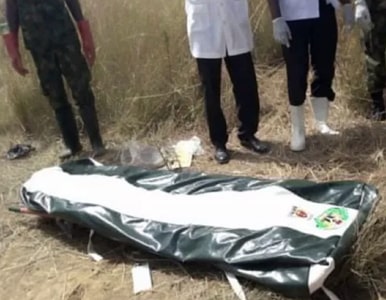 The army has discovered the body of missing Gen. Idris Alkali (rtd), who was immediate past Chief of Administration, Army Headquarters, Abuja in an abandoned well at Guchwet village in Shen District of Jos South Local Government Area of Plateau State.

Garrison Commander of 3 Division, Nigerian Army and head of search and rescue operation, Brig.-Gen. Umar Mohammad disclosed this, on Wednesday, when the body was discovered.

He said that it was one of the suspects who reported himself, last week, to the police, that led the Army to the abandoned well where the remains of the retired general which was earlier exhumed and reburied.

“The body of retired Gen. Idris Alkali, who was declared missing on the 3 September, 2018, have been recovered in an abandoned well at Guchwet village, Shen District of Jos South Local Government Area of Plateau State.”