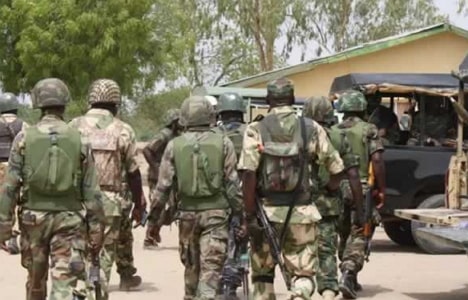 More bodies of soldiers killed in Boko Haram latest attack on a military base in Buni Gari, Yobe state over the weekend have been recovered.

A top military source revealed that some soldiers are still missing following the attack which he described as “very bad”.

A hospital source has equally confirmed that eight soldiers are lying cold at the Damaturu Specialist Hospital mortuary as two dead bodies of soldiers were brought into the mortuary today.

The army has still not released any official statement on the attack.