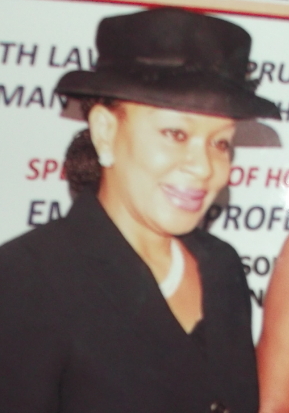 Operatives of the EFCC have arrested a brother to Justice Rita Ofili-Ajumogobia after they discovered that he once wired $150,000 into her Diamond Bank Domiciliary Account.

EFCC investigators said that the judge’s brother had wired the huge sum into her account in March 2014.

EFCC sources that the younger Ofili, has not been able to explain to investigators how he came about the huge amount of money and why it was routed to the judge’s account.

The arrest of Justice Ofili-Ajumogobia’s brother is a significant development in the EFCC’s investigation of corruption in the judicial arm of the government.

The arrest comes after the investigative agency’s earlier invitation of a former Nigerian National Petroleum Corporation (NNPC) executive, Greg Ero, from whom Justice Ofili-Ajumogobia claimed she had borrowed funds to buy her home in London.

Mr. Ero, who is reportedly in poor health, has been regularly reporting to the EFCC offices in Lagos. An EFCC source told our correspondent that the former NNPC executive too had not been able to explain how he came about the sums of monies he reportedly gave to Justice Ofili-Ajumogobia as a loan.

Justice Ofili-Ajumogobia is one of numerous judges currently under investigation by the EFCC for alleged acts of corruption. Investigators believe she and other judges frequently accepted huge sums in bribe in order to tailor judicial verdicts in favor of those who offered the bribes, often elected public officials.