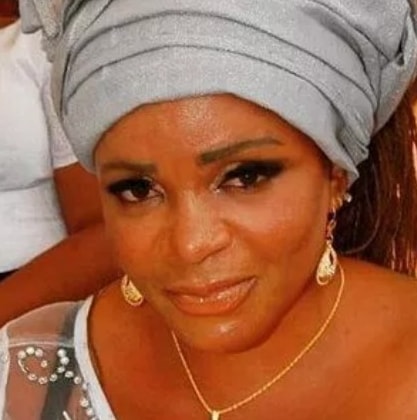 The actress who recently exposed her neighbour Martins Maruche told Sunday Scoop that he has been on the run since she reported the attack at the police station.

Here is an update the actress gave to Sunday Scoop on the incident:

“He has been doing it for a while. I decided to speak out this time because I was personally involved. I don’t care if their marriage breaks because I went public with the information. As a concerned neighbour, I can even provide the wife accommodation. This is no longer a case of domestic violence because he also assaulted me. I have been feeling pain all over my body, even the butt that I recently spent money on.”

Orjiakor said the woman was not attracted to her husband’s wealth. Here is how she disputed the claim that Gloria was a gold digger:

“When they got married, they had nothing. The woman actually bought a property in her name and they now use it together. They actually worked together to get all the property they own now and I am not sure that he would release any to her. If she leaves him now, she will have to start her life from scratch and I think that is why she has been afraid to quit the marriage after giving 12 years of her life to him.

“In the Nigerian situation, it is the woman that usually suffers. I grew up in an abusive home because my father used to assault my mum; so, I know what it feels like. But he never touched us, the children. That’s why I was enraged when this man hit his daughter. I know so much about them because I was a bridesmaid at their wedding. He only had a weather-beaten Benz in those days and the vehicle even refused to start on the day of their wedding. We are good neighbours and the man is actually nice but for his terrible habit of battering his wife.”

Explaining the kind of relationship she had with her dad, Cossy said,:

“It was a love-hate relationship. I hated him for beating my mum and I loved him for being my dad. If there were channels for me to report him back then, I would have done that.”

Nkechi Blessing Hints She Worked As Security Guard During Vacation In The United States
Mimi Orjiekwe Regrets Being An Actress, Says There Is No Money In Acting