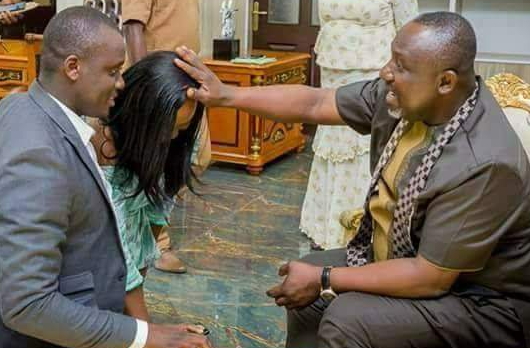 This photo of Governor Rochas Okorocha is now trending on the social media.

The controversial government reportedly welcomed the newly married couple to the state house and laid his hand on them as others watched on. 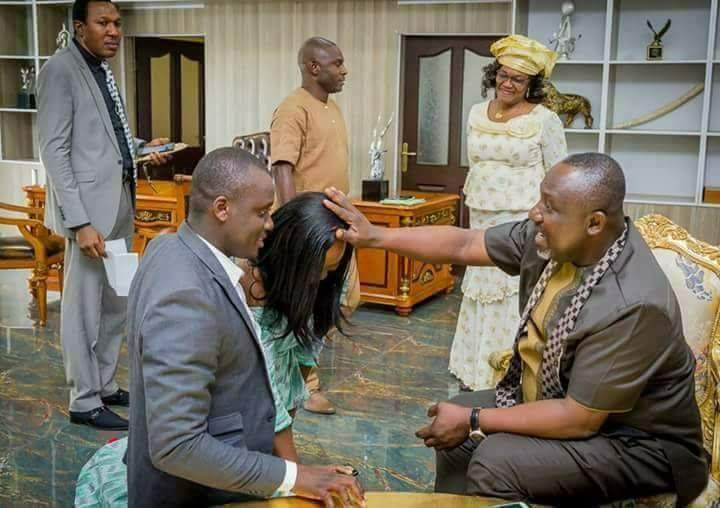 The statue addict showed his spiritual side when he released fatherly blessing on the unidentified couple.