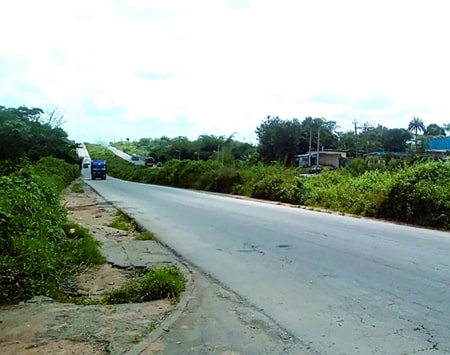 A young couple were kidnapped yesterday afternoon by some suspected kidnappers at Ilasa-Ayebode road in Ekiti East LGA of Ekiti State.

According to the State Police Command, 3 suspects have been picked up in connection with the kidnap

According to sources, the soon to wed couples, were returning from Ado Ekiti, the Ekiti State capital, where they had gone shopping in preparation for their wedding when they were accosted by gunmen.

They were said to have been taken to an unknown destination before they contacted the family and demanded N5 million ransom.

‘The victims were preparing for their wedding. They came to Ado Ekiti to purchase some items and they were returning to their base when they were accosted on the road by gunmen and kidnapped.

‘They were accosted at a very bad portion of the road where the vehicle slowed down. The deplorable condition of our roads was responsible for some of these kidnappings,’ he said.

Police spokesman ASP Sunday Abutu, said three suspects have been arrested in connection with the abduction.

‘As I speak, our men are working in conjunction with Amotekun Corps, local hunters and Vigilante group combing the forests to free the victims,’ Abutu said.