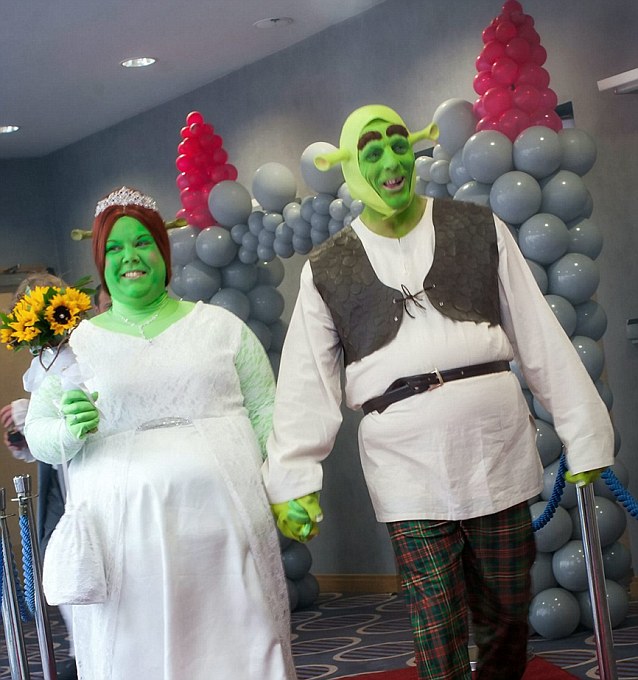 An eccentric couple literally had a fairytale wedding- after tying the knot dressed as SHREK and PRINCESS FIONA. 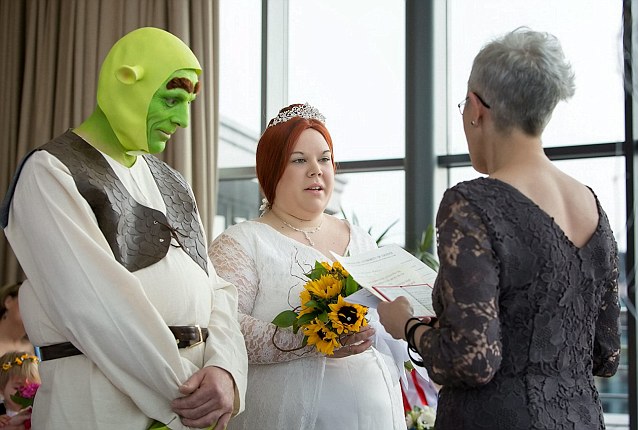 Bride Heidi Coxshall, 30, dressed as Shrek’s sweetheart Princess Fiona for the couple’s wedding – which featured a cast of characters from the animated film. 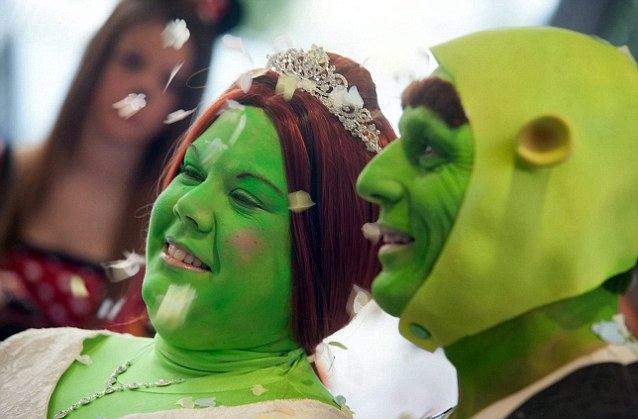 Their four-year-old son Leo dressed as Donkey, Shrek’s best pal, while Heidi’s brother John gave her away as Muffin Man from Shrek 2.

Other guests turned up as fairytale characters Snow White, Cinderella and Belle from Beauty and the Beast.

The happy couple tied the knot on Saturday at the Radisson Blu Hotel in St Helier, Jersey.

Paul, a groundworker, said the couple had been together for five years when Leo’s love of Shrek inspired them to finally tie the knot.

Paul said: “Leo was watching his Shrek DVD, which he absolutely loves, and Heidi said wouldn’t it be nice if we had a little Shrek wedding.

“The message behind Shrek is that it doesn’t matter what you look like or who you are, it’s all about true love – I thought it sounded absolutely perfect 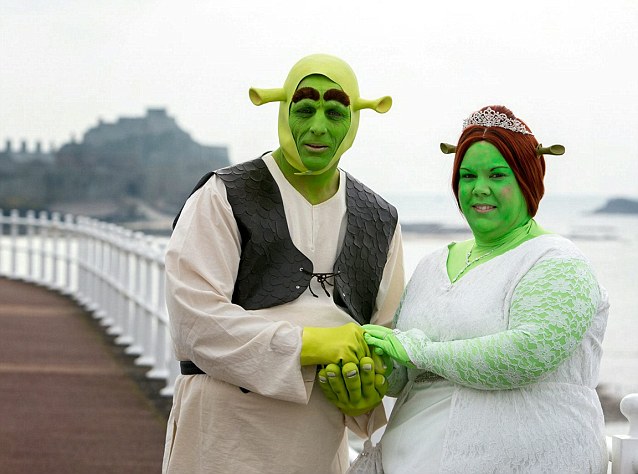 “All the guests embraced the idea and thoroughly enjoyed themselves – there were times when we fell about laughing.”

Heidi, who made the couple’s costumes herself, says she was determined to give their 60 guests a memorable time – even if it meant an hour and a half applying green make-up. 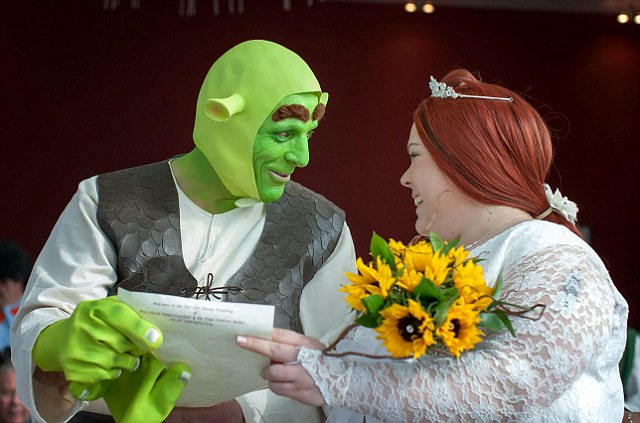 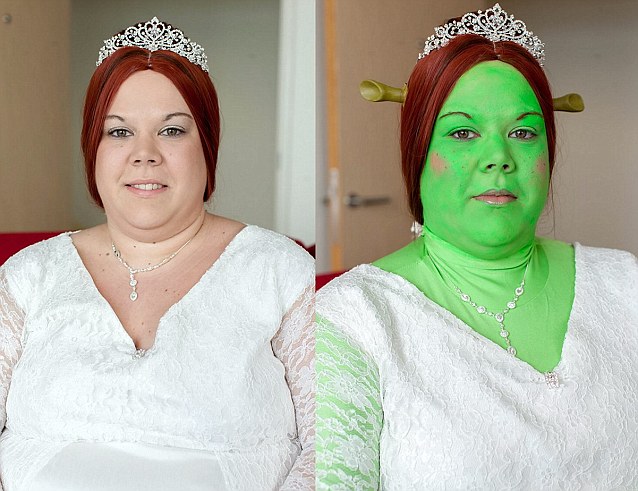 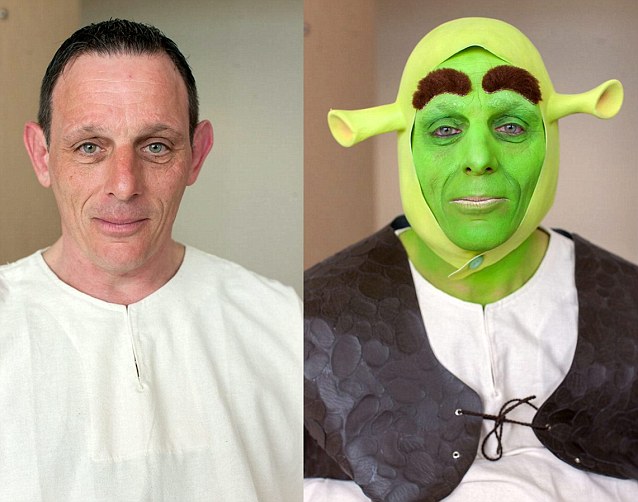 The care assistant said: “I wanted a beach wedding originally but they won’t let you have one of those in Jersey.

”The Shrek idea basically came about through Leo and it made sense. I’m not the skinniest lady in the world so I thought I would make a pretty decent Fiona.

“Paul’s hasn’t quite got Shrek’s podgy face – but I thought he made a really handsome ogre on the day.”

Registrar Sue Groves said she had carried out many novelty weddings in her time – but never married two ogres.

She said: “I had to see them before they got their make-up applied as I can’t marry people who aren’t recognisable.”

Heidi actually tied the knot in human form then returned in green for the reception – mimicking the way Princess Fiona transforms into an ogress at night.