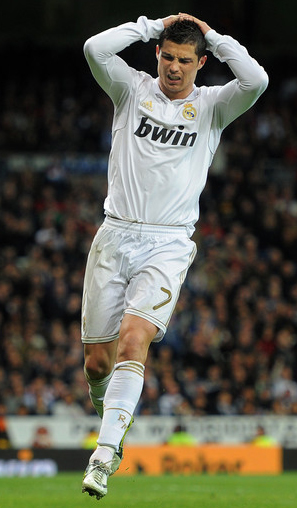 Cristiano Ronaldo of Real Madrid FC has been banned for 3 Spanish League games for mocking match officials during a Football match at Athletic Bilbao.

The Portuguese forward was given a straight red for swiping his hand across the face of Bilbao’s Carlos Gurpegi’s following a shove from his opponent during Sunday’s 1-1 league tie.

The league’s disciplinary committee assessed Ronaldo a one-game ban for the red card and two more for his mocking gesture as he left the field, AP reports.

Ronaldo, however, was available to play in the Copa del Rey semi-final against Atletico Madrid that started Wednesday.