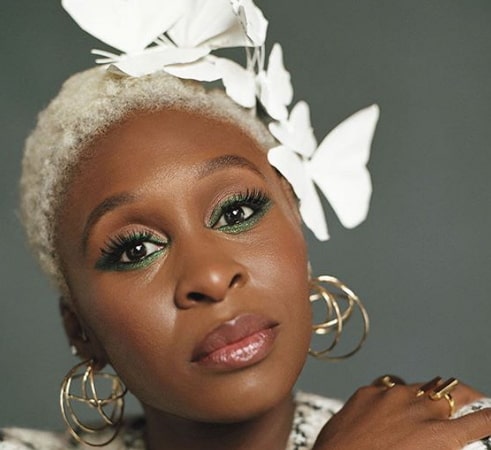 Cynthia Erivo won Breakout Actress for her role in 2019 biopic Harriet at the 23rd annual Hollywood Film Awards that held at the Beverly Hilton in Beverly Hills last night.

Erivo born as Cynthia Chinasaokwu O. Erivo on 8 January 1987 in Stockwell, London to Nigerian parents is a versatile actress, singer, and songwriter.

She is known for her performance as Celie in the Broadway revival of The Color Purple, for which she won the 2016 Tony Award for Best Actress in a Musical and was one of nine recipients of the 2017 Grammy Award for Best Musical Theater Album.

Erivo’s film roles include the 2018 heist film Widows, the 2018 thriller Bad Times at the El Royale, and the 2019 biopic Harriet, in which she portrayed Harriet Tubman.

She attended La Retraite Roman Catholic Girls’ School. Erivo began a music psychology degree at the University of East London; however, a year into her degree, she applied to, and subsequently trained at, the Royal Academy of Dramatic Art.