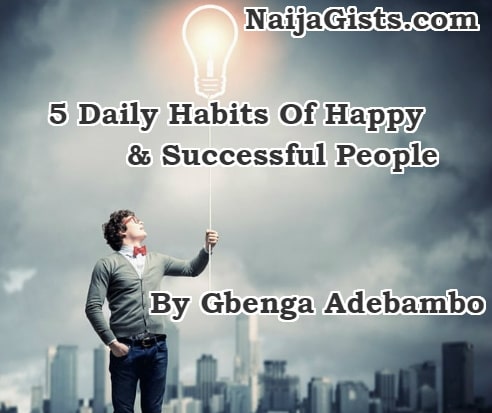 IT IS TIME TO CREATE YOUR OWN LUCK

“The harder I work, the luckier I get”-Gary Player

Have you ever heard people saying someone was lucky? I bet you’ve heard it several times. I have observed that some people seems to be luckier than others. Several proofs and circumstances have actually showed that luck is not evenly distributed.  The truth is that you can actually create your own luck.

You can become luckier when you understand the components of luck. You can turn an unlucky situation around.

Do you want luck to show up in your life? Then you will have to change your philosophies, approaches and mentalities about ‘luck’. Luck don’t happen to people; it is created.

Have you ever wondered why or how people like Michael Phelps, Lionel Messi, Roger Federer, Oprah Winfrey, Bill Gates, Mark Zuckerberg, or Warren Buffet became what they have become? And when you do, what comes to mind as possible reasons? Mostly I hear people saying things like luck, opportunities, chance, and all. Whenever we look at successful people, we call them ‘lucky!’. But what is luck? Is it just a chance, a good fortune? If yes, then how do people get repeated successes? If I were to say that luck is important too, then I would define luck as a confluence of hard work, perseverance, prospects and dedication.

One of the players that have broken unimaginable records when it comes to winning golf championships is Gary Player. Gary has won nine majors in his career, even though he is ‘vertically’ challenged with a diminutive stature. Record has it that he is the hardest working golfer ever! That is the reason Gary Player won the Masters three times, and has won many other tournaments. When someone asked him, “How could he be so lucky?” He said, “The harder I work, the luckier I get.” This is not just a statement; it is the philosophy that has made Gary become a golf idol and helped him tower above everyone else in the history of golf. In his hay days as a golf star, Gary would do push-ups every morning, he would do hours of exercise, before anyone else in golf had even heard of exercising regularly.

Being lucky is a result of some things that we do consistently. What are the components of luck? Here are five of them that can greatly expose you to luck:

Henry Wadsworth Longfellow said, “The heights that great men reached and kept were not attained by sudden flight, but they, while their companions slept, were toiling upward in the night.”

Hard work increases the possibilities of you getting lucky in life. Yes, hard work will increase your chance of success. When you work hard, you open yourself to limitless possibilities. The only substitute to hard work is hard life.

Hard work is a very useful factor to getting ahead of others. Malcolm Gladwell argues in his book, Outliers, that if someone spends 10,000 hours towards any activity, then he can become a world-class expert in it.

The ancient Greek philosopher, Seneca once said, “Luck is what happens when preparation meets opportunity.”

The greatest success stories were created by people who recognized a problem and turned it into an opportunity. John Wooden said, “When opportunity comes, it’s too late to prepare.” Opportunities present themselves every day to every person.

Do they not? But only a person who recognizes them and seizes them without delay, gets to convert these opportunities to their preferred outcomes. And we very comfortably tag them ‘lucky’.

However, a close look reveals that only those people who persevere to look for prospective opportunities to exploit become lucky. Abraham Lincoln said, “I shall prepare myself, and my opportunity must come”.

Theodore Roosevelt once said, “Nine-tenths of wisdom consists in being wise in time.”

Timing is everything in life. Being in the right place at the right time can terribly make the difference between a lucky and an unlucky person. Timing is that compelling force apparent when chance and coincidence collide. This is what Carl Jung referred to as ‘meaningful coincidences’. Why do particular goals transpire with little effort, compared with earlier attempts? Certainly, timing must play a role.

To make better use of timing is to be in touch with intuition. Most people use conscious thought alone to make major life decisions. Read any biography on successful CEO’s, and it’s clear they profited from using intuition to make astute business decisions at the right time. Identifying good timing and making the most of the opportunities it presents is the greatest skill of successful people.

To increase the frequency of luck in your life, you will need to always show up and take chances. Woody Allen said, “80 percent of success is just showing up”. So many times, we don’t know what we are capable of doing until we try.

Be present and take chances! It has been ascertained that in virtually all endeavours of life, 80 percent make wishes while only 20 percent make an attempt. Most people don’t even try. An attempt puts you ahead of 80% of people! Whether it’s a diet, a startup business, a ministry, a workout regiment, or relationship, just show up and make an attempt.

Don’t be afraid to do something new. Taking chances and showing up every time can drastically increase your luck.

The greatest liability in life is a bad attitude! Thomas Jefferson, the third President of the United States once said, “Nothing can stop the man with the right mental attitude from achieving his goal; nothing on earth can help the man with the wrong mental attitude”. It is very obvious from Jefferson’s quote that it is relatively impossible to help a man with the wrong attitude, no matter the opportunities around him! I have come to a diagnostic conclusion that the greatest of all human problems is the attitude problem.

A man with the wrong attitude will miss all his chances in life. There are many things that can get a man to the top, but there is just only one thing that keeps him there- Attitude. Until we give the right attitude its place in our life, we will always end up bankrupt regardless of how buoyant we are in every other area of life.

Zig Ziglar said, “A bad attitude is like a flat tire; you can’t go anywhere until you change it”. If you want to increase the frequency of luck in your life, then you will have to work on your attitude. Attitude is everything!

Those struggling in life have a way of creating bad luck for themselves. Whether it is a bad attitude, wrong timing, lack of preparation, missing chances,  inability to see and seize opportunities, we must know that we are responsible for the ‘LUCK’ that we miss or have in our lives. We must create our own luck and never leave the trajectory of our lives to mystical luck.

QUOTE OF THE WEEK: “Nothing will work unless you do”- Maya Angelou

Be A Mentor Not A Tormentor!
Those That Give Up Don’t Go Up!