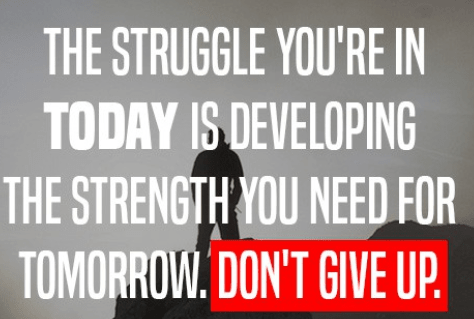 “Success is not final, failure is not fatal: it is the courage to continue that counts”- Winston Churchill

No man is ever defeated; we simply quit. John C. Maxwell said, ‘I have never known a man who quits his way to the top’’. It is not failure when you are finished; it is failure only when God has finished with you! In life, it is hard to beat a person that never gives up. April 14th, 2019 will go down as the day the world witnessed the greatest comeback in sports and entertainment industry.

After serial scandals, failure in marriage, failure in investments, failure in securing sponsorship deals, failure in health(he faced crippling back and leg injuries that led to multiple surgeries and nearly ended his professional golf career) and going down from #1 to unseeded in golf ranking, Tiger Woods has finally done the unthinkable feet by winning his fifth Masters title, marking an incredible and improbable comeback from injury and personal hardship that ended a nearly 11-year-long championship drought. Paul J. Meyer said, “Ninety per cent of those who fail are not actually defeated; they simply quit”.

Robert Kiyosaki said, “Losers quit when they fail. Winners fail until they succeed”.

Rising from years of doldrums, personal defeats and media shaming, the jinx-breaking win at Augusta National — where Woods won his first major in 1997 — was his 15th time winning a major. Prior to this time, Woods hadn’t won a major championship since his victory at the U.S. open in 2008! With five Masters titles, he is now just one victory away from tying the record for most Masters wins held by American Jack Nicklaus, who has six.

The victory also brought Woods closer to tying Nicklaus’ record of 18 major championships. I learnt something unique when I watched his last stroke that potted the hole to which CBS Sports dubbed, “A Return To Glory”: Effort only releases its reward after a person refuses to quit!

Henry Ford, the ‘father of modern automobiles’ said, “Whether you think you can, or think you can’t, you’re right.” Ford made us realize that we are the principal factor in determining how far we can go in life’s journey. In life, great works are performed not by strength, but by persistence. It is an unchallengeable truth that those who give up, don’t go up!

Thomas Edison failed 999 times before he finally got the result that brought about the light bulb. When Edison was asked how he surmounted consecutive failures to bring about the light bulb, he enthusiastically said, “I didn’t fail 999 times, I only realized 999 times of how not to make a light bulb!” No wonder he once said, “Genius is one per cent inspiration and ninety nine percent perspiration.” Edison became a beacon of light to the world. Edison died at age 84 on October 18th, 1931 in New Jersey.

Three days later on the night of October 21, as a national tribute proclaimed by President Herbert Hoover, millions of Americans turned out their lights to plunge the country into momentary darkness in order to illustrate how the world was before Edison discovered the light bulb. The lights were switched off as a tribute to his legendary life of persistence! Edison once said, “There is only one thing that is failure and it is quitting”.

One of the former presidents of the United States of America, Bill Clinton said, “As long as you don’t quit, you’ve always got a chance”. Quitting is a permanent ‘solution’ to a temporary problem. Quitting is never the same as failing. One is temporal, the other is permanent. Persistence conquers resistance. Our approach to failure will determine how long we will remain in it; great people see failure as feedback while common people see failure as setback.

Most of the important things in the world have been accomplished by people who have kept on trying when there seems to be no hope at all.

Walt Disney once said, “All our dreams can come true if we have the courage to pursue them”. Courage is not simply one of the virtues, but the form of every virtue at the testing point.

Real courage is the discovery that you may not win and trying when you know you can lose.

A day after Tiger Woods won his 5th Masters title and 15th major tournament in a rousing resurrection of his career, President Trump said he would honour him with the Presidential Medal of Freedom. “Because of his incredible success and comeback in sports and, more important, life, I will be presenting him with the Presidential Medal of Freedom”, President Trump wrote on his twitter handle.

Former U.S president, Barack Obama also wrote on his twitter handle, “Congratulations, Tiger! To come back and win the Masters after all the highs and lows is a testament to excellence, grit, and determination.”

Courage is the most important of all virtues because without courage, you can’t practice any other virtue consistently.

Thomas A. Edison said, “Many of life’s failures are people who did not realize how close they were to success when they gave up.”

Failing doesn’t make you a failure, quitting does.

To the youths, never quit, because once you learn to quit, it becomes a habit; be bold and mighty forces will come to your aid.

Don’t ever give up on your dreams and aspirations. Don’t be afraid to fail because only those who dare to fail greatly can achieve greatly, because our greatest glory is not in never failing, but in rising every time we fail.

We are never defeated until we give up.

Tiger Woods was once a fallen hero, a crippled star, a wretched family man,but now a Masters champion again. Woods lost his impeccable image to a sex scandal.

He lost his health to four back surgeries that left him unable to get out of bed, much less swing a club but nevertheless he held on to hope.

No matter who has given up on you, the truth is that you still have a chance.

Never count yourself out, even when others count you out.

QUOTE OF THE WEEK: “Merely refusing to give up is a VICTORY in itself” – Joyce Meyer

Continue Reading
You may also like...
Related Topics:article, encouragement, give up, life, quotes