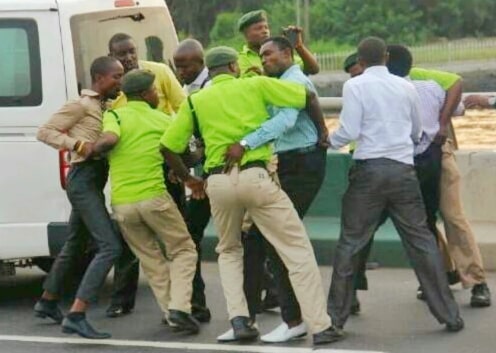 The security guard who allegedly beat his colleague to death in Ibeju Lekki last week has been remanded at the Ikoyi prison.

The suspect, Usman Abdulkareem was today remanded by Justice Kusanu at an Ebute Meta Magistrates’s Court pending the outcome of the legal advice of the State Director Of Public Prosecutions.

The accused reportedly beat his colleague, 34-year-old Augustine Musa to death for gossiping about him at Dangote Oil Refinery in Idasho Town, Ibeju Lekki Lagos around 9pm on Tuesday the 18th of December.

The case has been adjourned until the 30th of January 2019 for DPP legal advice.