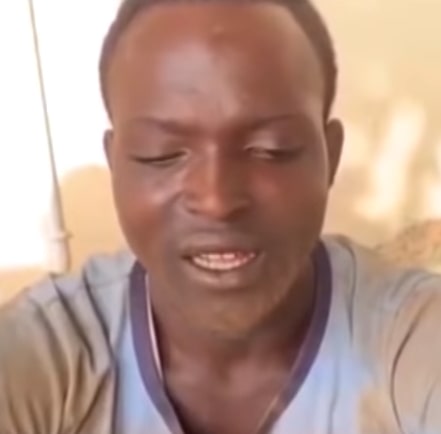 Meet Shuaibu Rabi, one of the members of a robbery gang who killed former Chief of Defence Staff Alex Badeh on the 18th of December 2018.

In a video confession obtained by Punch NG on Thursday, Rabi said a man named Churuma gave them an information that a soldier was coming to buy a parcel of land in Nasarawa state with huge cash.

He said when Badeh showed up, Churuma shot him as he was trying to escape.

Watch his confession video below.

The military guards protecting the former military boss reportedly stayed a few kilometres away from where the attack took place.

Police believe that Badeh decided to carry out transactions in cash because all his accounts had been frozen by the EFCC due to an ongoing corruption probe.