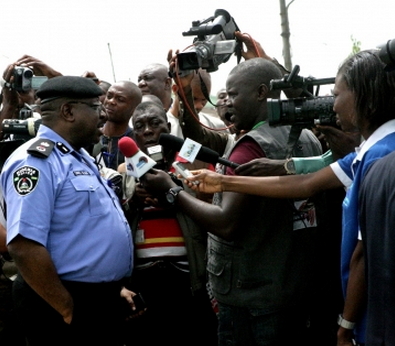 The owner of the biggest shopping mall in Makurdi, David Onuigbo, popularly known by his business name, Dubbiac Supermarket, has been kidnapped by gunmen.

The incident occurred last Friday on Iyorchia Ayu Road, opposite the state library at Wurukum, about 9 pm.
Initially, people mistook the incident to be a robbery, as the gunmen shot in the air and drove off with Onuigbo, escaping through Wurukum Roundabout.

But the next day, it was discovered that they were kidnappers when Onuigbo’s family called his phone and his abductors answered, warning them not to inform the police. The kidnappers reportedly said they would demand a ransom later.

But two days after his abduction, no demand has been made.

Relations said Onuigbo is hypertensive. They begged the kidnappers to release him on compassionate ground, to enable him attend to his health.

We learnt that the victim had just relocated to his new two-storey building opposite the library, near Wurukum Roundabout and the kidnappers may have thought he is rich.

Police spokesman Austine Ezeani confirmed the incident. He said: “We are on top of the situation.”

[By Uja Emmanuel, The Nation Makurdi]