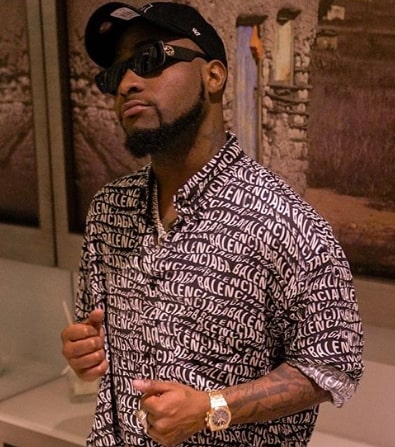 Davido Fumes As Lady Accuses Him of Getting Her Pregnant

Just a few days after Davido welcomed a child with his fiancée Chioma, he faced some pregnancy allegations from an unknown lady.

The video of two girls accusing Davido of getting one of them pregnant has made waves online, and the singer has finally spoken about the issue.
According to one of the girls; the singer (Davido) put her in family way, at the popular ‘Eko Hotels’.

Davido reacted to this on his Twitter page, and he threatened to send these girls to jail, for such accusations.

He said people were taking social media shits too far, and he intended to stop it.

Just a few hours after the ‘Blow My Mind’ crooner made this threat, these ladies surfaced online, with a new video, where they both apologized and said it was their own unique way of congratulating him for welcoming a baby boy with his fiancée ‘Chioma’.

Following this apology, the singer came back to the social media, to make another statement, that he would not forgive the girls, and he would make sure they face the law.

So what do you think guys?

Should he forgive them, or not?