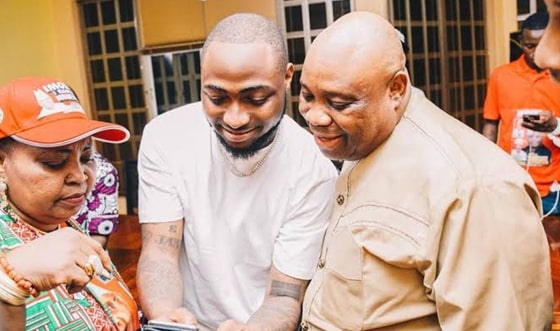 INEC recently announced the result of the Osun State Gubernatorial election, with PDP’s Ademola Adeleke edging out APC’s Oyetola Gbenga by about 350 votes. Hence, given the tiny margin, there’s going to be a rerun. The election result, no doubt, left many surprised, as most people expected APC to win by a landslide. However, it turned out the opposite, as PDP landed more votes than their APC counterpart. People are crediting the turnout of events to the contributions of Davido, who has been actively involved in his Uncle, Ademola Adeleke’s (PDP candidate) campaign.

In this report, we are going to be looking at the supposed effects of Davido during the campaign and consequently on the outcome of the election. Stay close!.

What is the Relationship Between Davido and the PDP’s Candidate?

Davido, whose real name is David Adeleke is a nephew of the PDP Osun State Gubernatorial candidate, Senator Ademola Adeleke, who is fondly called, the “dancing senator”. This means that, Davido’s father is a brother to Ademola Adeleke and both of them share an extremely strong family bond.

Furthermore, the ‘dancing senator’ is the father of B-Red and Shina Rambo, both of whom are Davido’s cousins and ‘play mates’.

The PDP campaign rally in Osun state witnessed a massive turnout of people. Many people attributed this to the popularity of Davido, who graced and performed, alongside his crew, at the event. The critics and APC fanatics maintained that, “people turned out for the artiste and not the party”. 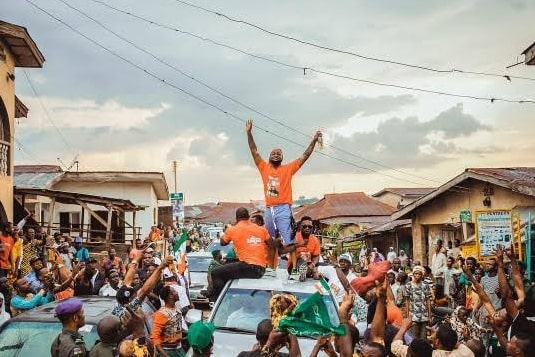 The critics might be correct; people might have actually turned out for Davido and not his uncle. However, the effect was felt on Saturday, as those people eventually voted for Davido’s uncle and not Davido himself. Davido, no doubt, won his uncle new supporters, who eventually came out en masse to vote for him.

His EFCC Antics on Social Media

A week or two leading to the election, Davido, alongside his Uncle raised an alarm on social media (Twitter and Instagram) about having his bank account, as well as six others belonging to his family, frozen by Efcc, under the directives of the APC-led Federal Government.

The rumor spread like wildfire across the country, with the reach and power of social media. In the process, a myriad of public sympathy swayed in the favour of Davido and his uncle, the PDP candidate.

Although, EFCC later denied the allegation and Davido eventually apologized for his antics, the damage has already been done and this eventually contributed in favour of Ademola Adeleke during the election.

The false alarm by Davido raised an awareness of APC’s oppression and the people replied to this by voting against oppression, which according to Davido is pioneered by the APC government.

His Unsolicited Plea to the President

On Sunday Davido posted a tweet, directed at the President, Muhammadu Buhari. The post entails a plea, which goes thus; “You are a man of integrity, please do the right thing (don’t interfere with the election result)”. This must have been communicated to the president by one of his media aides before, during or after his departure for New York this morning.

David’s  openly addressed message (tweet) had two elements. One entails massaging the president’s ego, as a proclaimed “man of integrity”. The other was aimed at directing the public’s attention to the president, should anything go wrong.

Davido’s action, in this sense, was highly effective, as the Police and INEC conducted themselves accordingly. Although, there are still indications of malpractice, but it was reduced to the barest minimum, with respect to the ‘Davido effect’ among other factors.

The game plan of Davido in this case, is that of “Reverse Psychology” and it was effective.

Plans for the Rerun

The rerun will be conducted in seven zones across Osun state on Thursday, 27th September, 2018. Plans are currently ongoing on both ends. Within the coming days, we’ll see what comes up.

For PDP, they are likely to involve Davido, yet again, to help mobilize the youths in favour of his uncle Ademola Adeleke.

The rerun election is going to take place in less than a week and the outcome is still highly volatile. Whatever the outcome, however, Davido has certainly won the hearts of many Nigerians, for his civil and family commitments during this election. He has, no doubt, elevated his status as not only a talented musician but also a hero of democracy.