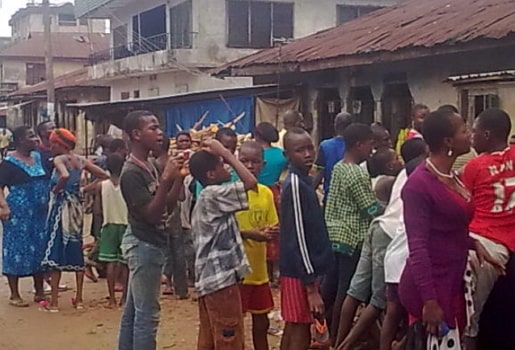 A tigress woman has been arrested for allegedly biting a minor who was accused of wasting gas from her gas cooker.

The suspect, a widow allegedly accused her 8-year-old daughter of disobeying her instructions after she forgot to switch off the gas cooker after cooking.

According to a neighbour, the woman  reportedly held the minor closely and gave her a deep bite.

Human Rights activist Dede Uzor Uzor said the suspect has been arrested for subjecting her daughter to series of abuses.

She is currently being held at Fegge Police station in Onitsha.