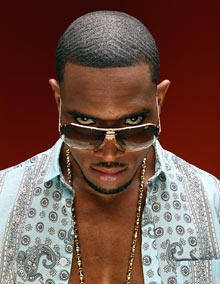 Nigerian singer Dapo Oyebanjo popularly called D’banj in this recent interview with Seun Apara of This Day Magazine revealed his plan to get married soon.

D`banj who said his main problem is finding the right lady to marry has consulted his mother to find him a wife.

“I have dated a lot of women but I don’t really want to talk about them because most of them have moved on and some are married. I don’t have any regret at all because I am still young and I am still a bachelor though my mum wants me to settle down. She is proud of me and I do let her understand that it’s not that I don’t want to marry, I just haven’t found the right woman. If she finds the right one for me, she can call me,”

In his short lifetime, Dbanj has dated over 10 different women.

His most popular romance was with Nigerian actress Genevieve Nnaji

The two ended their romance years back over irreconcilable differences.