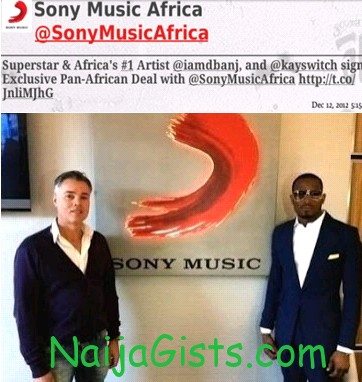 His recording deal was announced on Twitter today by Sony Music Africa.

This year has been a good year for D’banj. At 2012 World Music awards, his popular Oliver Twist video was nominated for Best Music Video, Best African Act, Best World Artist and Best Song Of The Year categories.