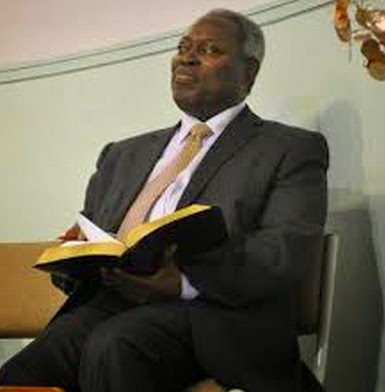 The Deeper Life Bible Church has warned those who might have “received some spurious messages” asking for money to be sent to a dedicated account, purportedly by its General Superintendent, Pastor W. F. Kumuyi, to disregard such pleas.

A statement by the church secretary, U.J.J. Asemota, indicated that the messages were being sent by fraudsters, adding: “This is nothing, but an evil scheme to fleece innocent people of their hard-earned resources, and neither Pastor Kumuyi nor the church subscribes to such an unrighteous practice.”

The statement explained that earlier this year, certain faceless people compromised the Facebook account dedicated for the use of the General Superintendent and the church responded by publicly repudiating the claims of the unknown persons.

The statement also reads: “Recently however, the same faceless people resumed their activities. As in the previous case, through messages purportedly sent by the general superintendent, the criminal elements solicited for funds from unwary citizens to be sent to a designated account for reasons that rankle the mind.

“Although hacking into peoples’ emails or Facebook accounts is fast becoming a common criminal act, no one, not even by the stretch of imagination, could have thought that a respected servant of God like Pastor Kumuyi would be made a victim of the disturbing act.

“It is a fact repeatedly documented, and as a matter of principle, that Pastor Kumuyi neither canvasses, nor solicits for funds for personal or ministerial use. Deeper Life Bible Church has never accepted a grant from any source since inception, over 40 years ago.”

The added that money generated in the church is raised on account of individual members’ consecration and sacred spiritual duties towards God.

The church said the matter has again been reported to the authorities with a view to launching full investigations to unravel the source(s) of the scam, while tighter arrangements were being made to forestall a re-occurrence.