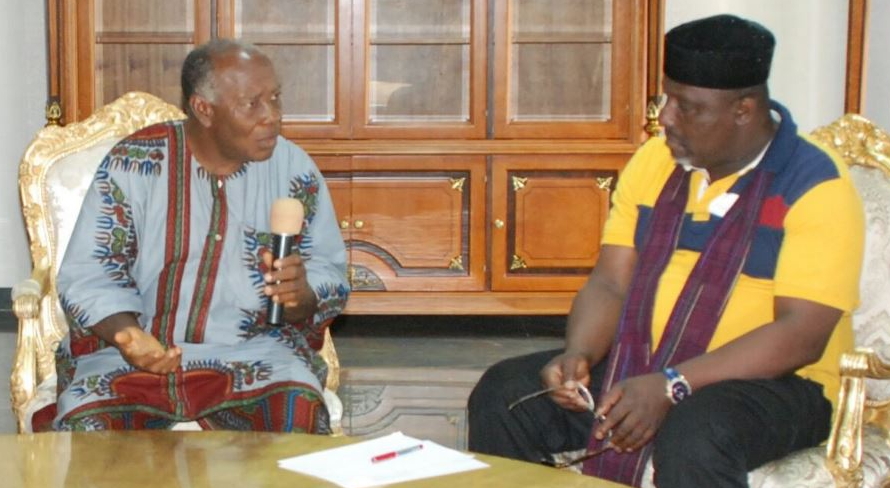 Pastor Mike Agbahime who lost his wife in the hands of some blood-thirsty religious extremists in Kano few weeks ago has relocated to Imo State.

Pastor Agbahime, an indigene of Imo told Okorocha at the Government House in Owerri on Saturday how his wife, Bridget Agbahime was murdered.

He noted that he survived the attack by God’s grace.

“One Muslim man called Dauda came to my wife’s shop and was washing his leg in front of the shop. My wife told the man to move up a little so that she could arrange her goods, but the man refused. Instead, the man started to molest her, and gripped her neck. In trying to free herself from the grip, Dauda started shouting ‘Alahu alakuba’ and an angry mob quickly gathered”.

“When we saw that danger was in the air, we ran and took refuge in the house of a prominent Alhaji, who is a leader in the area. The Alhaji did all he could to calm the mob down. They refused and called him an infidel, and broke into his house and killed my wife in front of me. And if not the quick intervention of the Police who immediately used teargas to disperse them, they would have also killed me. But they destroyed everything I had both the shop, the car and so on.”

May God comfort Pastor Agbahime and his children during this painful period.