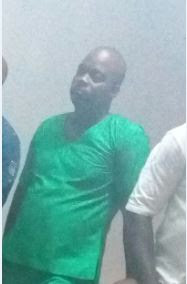 Former Diamond Banker accused of stealing N28 million Naira from the bank in 2012 has been jailed.

The former Resident Internal Control Auditor was today sentenced to 6 months imprisonment by Justice M.A Onyetenu of the Federal High Court in Port Harcourt Rivers State and ordered to pay N15million as a restitution to Diamond Bank.

His sentence is to run from March 15th 2016, the day he was convicted.