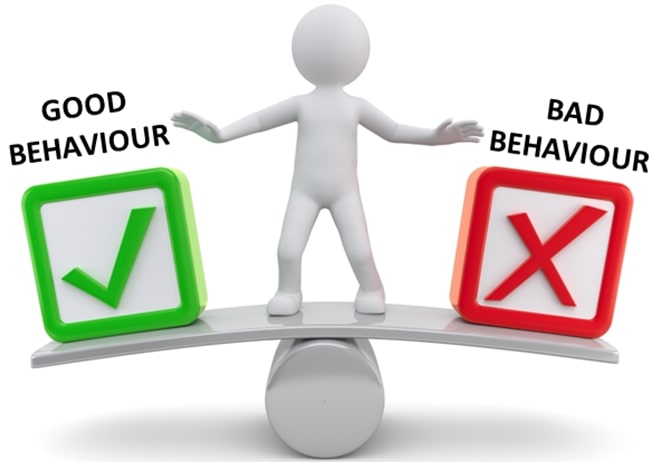 Your Degree Is Just A Piece Of Paper, Your Education Is Seen In Your Behaviour

“Intelligence plus character — that is the goal of true education”- Martin Luther King, Jr.

Thomas Jefferson, the third President of the United States of America once said, “Nothing can stop the man with the right character from achieving his goal; nothing on earth can help the man with the wrong character”. Your degree is just a piece of paper, your education is seen in your behavior, attitude and character. One thing graduates need to understand is that your employer is employing you and not your certificate! No matter how educated, talented, connected or rich you believe you are, how you treat people ultimately tells all.

Elon Musk said, “My biggest mistake is probably weighing too much on someone’s talent and not someone’s personality (character). I think it matters whether someone has a good heart.” Most times people don’t really buy what you have but who you are! Can you be trusted?  Do people see you as being honest? Can people hold on to your words and promises? Do you show up on time for meetings? Do you have a signature of excellence on what you do? How do you handle provocations? How do your handle people with different point of views from yours? It is actually a waste of education when you refuse to see things from other people’s point of view.

Theodore Roosevelt once said, “To educate a man in mind and not in morals is to educate a menace to society.” You cannot hope to build a better world without improving individuals. Now more than ever, educators shouldn’t teach just content, they must also teach morals, ethics and cultivate empathy and mindfulness in every student. Character education fosters the development of moral and ethical citizens by teaching them good values. Educators have special roles to play in creating kind, compassionate citizens with a strong moral compass. Steven Covey said, “Purely intellectual development without commensurate internal character development makes as much sense as putting a high-powered sports car in the hands of a teenager who is high on drugs.  Yet all too often in the academic world, that’s exactly what we do by not focusing on the character development of young people.”

Warren Buffett said, “In looking for people to hire, you look for three qualities: integrity, intelligence, and energy. And if they don’t have the first, the other two will kill you.” It’s easier to train a person of good character to do a job well than to develop character in a skilled but unprincipled employee. Skills can be acquired and mastered over the years, but character defects are most times irredeemable! The character a person brings into the job is more important than the skills he/she brings.

There are many things that can get a man to the top, but there is just only one thing that keeps him there- character. Many companies hire employees for their character and then train them on the job. They do this with the idea that you can teach skill, but cannot change a person’s character. One’s character can be considered more valuable than an MBA or PhD. A person can have all the necessary experience and skills, but if their personality does not fit the company’s culture, are they really the right people to hire?

There is a lot to learn from Japan and South Korea. In Japan and South Korea, there is neither a typical syllabus nor any exam in the primary schools. Up to fourth-grade, students are taught etiquette, manners, how to be humble towards elders and the history, and other details about their country. In these countries, exams are given least importance. Learning and character top the priority list.

You can never get through your degrees and certificates what you should get through character! I have come to realize in life that until we give the right character its place in our life, we will always end up bankrupt regardless of how buoyant we are in every other area of life. Peter Schutz, the former CEO of Porsche once said, “Hire character. Train skill”. Skills needed to meet needs vary in different organizations, but all organization do not vary in their need for people with good character. I may not really know the skills that will be in high demand in the next 20 years, but one thing that I know is that there is no organization that outgrows the need for people with good character. Your degree and skills are useless without good character.

Character matters in everything. No matter where you place skills and degrees, character matters.  Beauty without manner cannot sustain you in marriage. Intelligence without character cannot make you outstanding. Power without discipline would end you in futilities. Max Depree said, “We cannot become what we need by remaining what we are.” If someone lacks character, “Be yourself!” is the worst advice you can give. A combination of good work ethic, humility, integrity, simplicity, punctuality, courage, selflessness, dedication, empathy, and maturity will always beat talent and skills at any time. A bad character is life’s greatest liability.

One of the HR gurus on hiring and employability, Michael Josephson once said, “In today’s business environment, character and ethics are critical competencies of leadership; without them, a capable person is just another major risk”. As a leader, always look out for character and don’t be distracted by talent. One of the major regrets of my entrepreneurship journey has been the issue of bringing people around me that were full of zeal, enthusiasm and skills but were deeply flawed character-wise. Character defect can initiate a chain reaction that can bring down any institution or organization if not quickly checked.

You will never rise above the limitations of your character. I have come to a diagnostic conclusion that the greatest of all human problems is the character problem. There is no amount of skills and degrees that can substitute for character. Sometimes, you need character, not just the acquisition of degrees. There is more hope in life for a poor man with the right character than a rich man with the wrong character. Socrates said, “What most counts is not merely to live, but to live right”. Beware of the impression you create with your character.

You will need to do a character audit to know the pattern of behavior and the character defects holding you down from living your best life. What is your biggest character flaw and what are the steps you want to take to overcome it? Discuss this with your mentor and work seriously to build up the character that is in tandem with your destination. Take conscious effort to work on any character trait that is inimical to your destiny.

Hear this: Do not recommend unserious people to others just because you want to help them. It can ruin your name, reputation and relationships with great people. Recommend only those who are honest, diligent, trustworthy and good at what they do, not because you know them.

QUOTE OF THE WEEK: “Your success stops where your character stops. You can never rise above the limitations of your character”- John C. Maxwell.

Continue Reading
You may also like...
Related Topics:behaviour, degree, education

You Are Not Here To Gain Acceptance, You Are Here To Fulfill Purpose
Stay Away From People That Belittle Your Dream