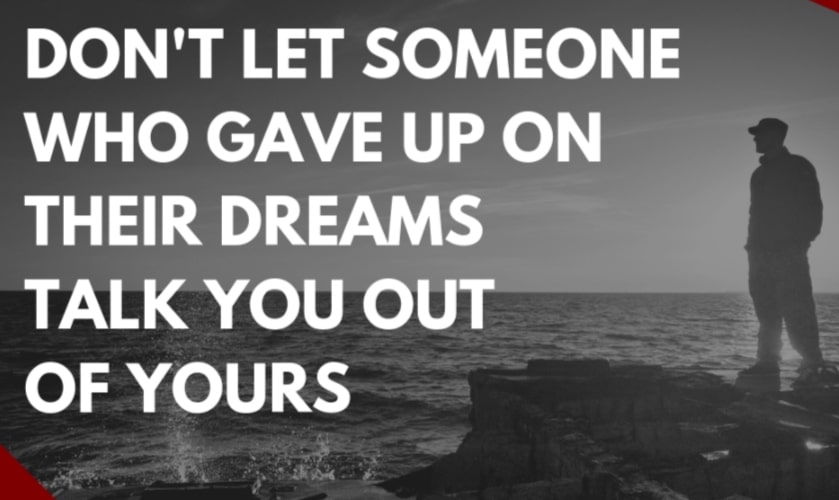 RALPH LAUREN: STAY AWAY FROM PEOPLE THAT BELITTLE YOUR DREAM

Mark Twain said, “Keep away from people who try to belittle your ambitions. Small people always do that, but the really great make you feel that you, too, can become great. When you are seeking to bring big plans to fruition, it is important with whom you regularly associate.” The fascinating rags to riches story of fashion mogul Ralph Lauren reveals a young aggressive kid starting his business with nothing but just a dream. With a net worth of US$ 7 billion (May 2021), it is, hard to imagine that Ralph Lauren’s luxury label and privileged life style is a far cry away from his modest upbringing.

Iconic fashion designer, philanthropist, and business executive Ralph Lauren was born Ralph Lifshitz in New York City on October 14, 1939. Lauren worked in retail before developing a line of neckties. The brand he established, Polo, is now one part of an empire that includes fragrances, home furnishings and luxury clothing.

Ralph’s love for elegant style and fine living was rivalled only by his drive for success. The determination to step away from his childhood misfortune was ever present from an early age. At the age of 12, he worked after school to find his extravagant taste in clothing and was known for selling hand-made ties to his fellow students at school. Little did he know this would become the driving force of his entrepreneurial success.

Lauren went to Baruch College where he studied business, although he dropped out after two years. From 1962 to 1964, he served in the United States Army and left to work briefly for Brooks Brother as a sales assistant before leaving to become a salesman for a tie company. In 1966, when he was 26, he was inspired to design a wide, European-style necktie, but the idea was rejected by the company he worked for as not being commercially viable. As Ralph will later recall, he said, “I went to my boss, and I said, ‘Sir, I’d like to design these ties because I think they could be new.” His boss looked straight into his eyes with an eye of superiority and said, ‘The world isn’t ready for Lauren’. He never forgot that because he thought it was a compliment. Eventually, he left to establish his own company. He took rags and turned them into ties, selling them to small shops in New York. His major turning point was when he was approached by Neiman Marcus who bought 100 dozens. Drawing on his interests in sports, Lauren named his first full line of menswear ‘Polo’ in 1968.

His motto ‘we don’t sell an item, we sell a way of life’ certainly proved a point. The living legend stands for a dream-and it was a dream that certainly came true. In 2010, he was giving one of the most celebrated National awards by French President, Nicolas Sarkozy, he was declared Cheralier de la Legion d’honeur.

Life is undoubtedly full of amazing stories, and for Ralph Lauren, it is amazing how the depth of a man’s dream can miraculously transform him from a glove salesman to a multimillionaire. The man rose from nothing to become the 110th richest man in the world according to Forbes ranking in March 2021 with a net worth of $7.1billion. When all his contemporaries were struggling to be fashion designers, he alone stood out as a passion designer! He once said, “I don’t like it when a woman looks like a fashion victim”.

Dare to dream big! Take a leap of faith and unleash your potentials. The future belongs to those who believe in the beauty of their dreams. If you want to kill a big dream, tell it to small-minded people. The most important thing after dreaming big is actually the people you tell it to. Small minded people will make you settle for something lesser than your dream. A small-minded person is unable to conceive a big future. A small mind will always strangulate a big dream. Never share your dreams with people who are incapable of seeing the big picture. Many dreams have been stifled and many latent potential have been perpetually buried just because some people planned their lives with people that lacked the ‘big picture’ view. Stay around people that will stretch and inspire your thinking, not those that will reduce your big dreams to their small thinking. The secret of great people is that they disciplined themselves to be far from small-minded people.

I want to inspire the youths not to only dream big but also take small steps towards the achievement of their dreams, you are never too young to dream. Don’t ever give up on your dreams, and when someone tells you “it can’t be done”, it doesn’t mean you can’t do it; it simply means you can’t do it with them. Don’t ever let somebody tell you, “You can’t do something”. You have a dream to protect, and the right to live your dream is in your hands. Albert Einstein once said, “I am thankful for all of those who said NO (it can’t be done) to me. It’s because of them I’m doing it myself.” Dream big; yes, your dream needs to be big. It needs to be something that is seemingly beyond your capabilities. Never settle for less with your dream. Always ensure you upgrade your dream with respect to your inner conviction and not necessarily the present realities of things.

QUOTE OF THE WEEK: “There is no passion to be found playing small – in settling for a life that is less than the one you are capable of living” – Nelson Mandela

Your Degree Is Just A Piece Of Paper, Your Education Is Seen In Your Behaviour
Rejection Is Part Of The Plan!