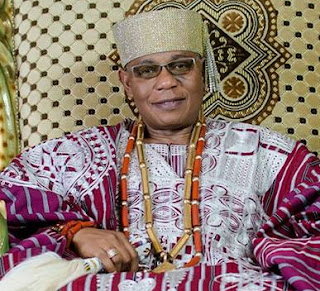 The pilot driver attached to the Deji of Akure, Oba Aladelusi Aladetoyinbo, has allegedly crushed two siblings to death.

It was learnt that the incident involved the monarch’s pilot driver and two cyclists.

The accident, sources said, occurred when the driver was reportedly trailing a man who allegedly parked “illegally” in front of the palace.

Although the identities of the deceased were unknown, it was gathered that they were on a motorcycle from Ore, headquarters of Odigbo Local Government Area, and heading to Idanre, about 15 kilometres from Akure.

It was learnt that a private car owner parked in front of the palace and the security men ordered him to move the car but he was said to have refused.

This prompted the security men to alert the monarch’s driver about the situation.

It was learnt that in a bid for the man to escape arrest, he allegedly zoomed off and hit a passer-by.

Disturbed by the development, the monarch’s driver trailed the car down to Italorun village on Akure-Idanre Road, where he reportedly crushed the two cyclists to death in an attempt to catch up with the “run-away” car owner. 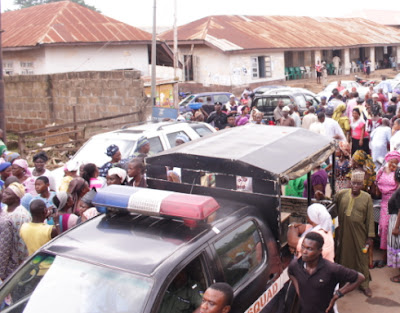 Eyewitness said one of victims, identified as two brothers, died instantly, while the second died a few hours after being admitted at an undisclosed hospital.

The incident was said to have caused commotion in the area.

Villagers were said to have attempted to burn the monarch’s pilot car but for the intervention of security agents in the area.

The Chief Press Secretary to the monarch, Michael Adeyeye, said the accident occurred outside the palace.