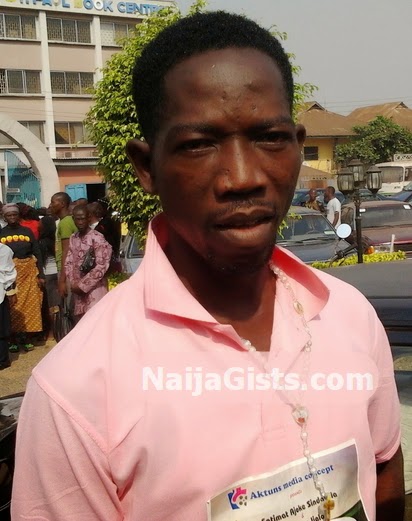 Popular Yoruba actor Kunle Tokunbo aka Dejo Tunfulu is happy to be alive after escaping death by a whisker when political thugs descended on him at a political rally organized for Ogun state governor Ibikunle Amosun last week.

A source said the actor attended the rally few hours before returning to the location of an upcoming movie titled Igbo Sambisa in Abule Egba area of Lagos.

While it was his turn to play his part on the movie set, the actor was said to have slumped after vomiting so much blood.

He was immediately rushed to Lagos State University Teaching Hospital by crew members who immediately halted the shooting.

A family source said the actor cheated death after bleeding profusely from the nostril.

The timely intervention of the crew members who blocked his nose with cotton wool saved the comic actor.

He reportedly used his mouth to breathe while he was being rushed to the hospital.

Dejo who is now listed in stable condition said he sustained an internal injury after some political thugs beat him up while he was rallying for Ibikunke Amosun’s 2nd term ambition.

Though he felt a bit of pain in the nostril, the comic Nollywood actor said he ignored it and left for the movie set where he was eventually rushed to the emergency ward of LUTH.