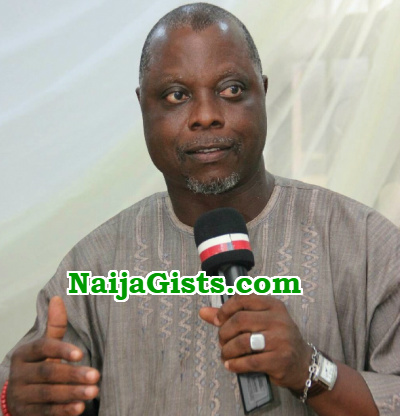 One of the children of veteran Nollywood actor and filmmaker Dele Odule recently talked about his father’s life, career and family in a tell-it-all interview with Motunrayo Joel.

Can we get to know you.

My name is Odubayo Odule, I was born in Abeokuta. I’m a native of Oru-Ijebu in Ogun State. I had my primary education at Ore-Ofe Oluwa Nursery and Primary School in Ibadan, Oyo State. I then proceeded to Kings and Queens College, Ibadan, where I had my junior secondary education. 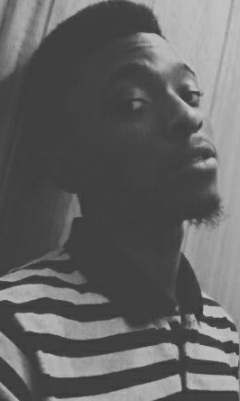 I spent some years there before moving to Mayflower School, Ikenne, Ogun State, for my senior secondary education. I am a graduate of the Obafemi Awolowo University, Ile-Ife, Osun State, where I studied Geography.

How many children does your father have?

He has nine children – five boys and four girls. I’m the second child.

How was it growing up with him?

Most people think that actors don’t have time for their family, but it is the opposite in my father’s case. Whenever he returns from work, he gives full attention to his family. He loves to play with us. Growing up, I remember how he would engage us in educative question and answer sessions, where there would be a prize for anyone who answered his questions correctly. He is quite passionate about education. He doesn’t take it lightly whenever anyone gets bad grades lightly. He appreciates good academic performance. He is also a disciplinarian and that makes us to always be of good behaviour.

Would you say his name opens doors for you?

The name Odule is one that I’m very proud of. I cannot mention all the opportunities I have enjoyed because I bear the name Odule. I see the way people react whenever I tell them that I am his son. I am proud to say that my father is well respected in society.

Describe his personality at home?

At home, my father is a regular man. He gladly helps with house chores. He loves to play ‘ayo’; he is good at playing the game. He is also a very good cook. You would sometimes find him in the kitchen teaching the female children how to prepare his favourite soup when my mother is not at home. At night, he watches news and later attends to his messages.

Why did he embrace acting?

I think it had always been his passion right from childhood. He was orphaned at a young age and had to fend for himself, thus getting education was difficult. He resorted to using his creative talent to make a living. I describe him as a natural entertainer.

Which of his children is showing interest in acting?

My father is not quiet keen on having any of his children follow in his career footsteps. He doesn’t really encourage any of us on that. But I think it runs in the family. My younger brother is into music. He has recorded about four tracks now. He is currently in the university and cannot really face it fully. I also starred in a few children movies when I was a kid.

Which of your dad’s movies is your favourite?

There are a lot of his movies that I love. He is one of the best actors that I have seen on screen and it isn’t because he is my father. I think my favourite of his movies is Alani Fere Bi Ekun.

What role will he never act in a movie?

There’s no character he can’t act in a movie. He would do justice to any role. However, he can’t play God in a movie; that is the only role he won’t accept.

What would he have been if he weren’t an actor?

If my father weren’t an actor, he would have been a lecturer. He still talks about lecturing someday. He is passionate about education. I’m certain that if he had gotten an opportunity to go to school at a young age, he probably would have become a professor by now. He has many friends and associates who are academics.

Many believe he is a funny man. Does he crack jokes at home?

There is no dull moment with dad, especially when he is in a jolly mood. He has a good sense of humour. His nature in movies is literally how he behaves at home. It is a way of life for him. He doesn’t need much effort to make people laugh. His expression to a question would make you laugh. He loves to crack jokes in Ijebu dialect. He is good at mimicking almost anybody and he does it in a very funny manner.

How does he relax?

He loves to have a good sleep. Sometimes, he could sleep for hours. He doesn’t spend too much time in front of the TV.

What is the most important advice he has given you?

He always says I should keep on striving and pushing further no matter what life throws at me. He says that it is those that keep on moving that win at the end.

How does he discipline any of his children who act up?

Dad is strict; he beats us whenever we err. He flogs us with a belt.

What values have you imbibed from him?

Determination is foremost of all the values that I have learnt and imbibed from my dad. He has proven to me countless times how determined he can be. Whatever he sets his mind to do, he achieves it. He makes me proud of him. Another value I have imbibed is integrity. Dad has taught me that a good name is better than riches. He is conscious of the name he has built for himself and doesn’t get involved in what can tarnish it.

What sport does he enjoy?

Dad doesn’t have a favourite sport. Although when he was young, he played volleyball and football. He once represented Ogun State while playing volleyball. He is still agile. This is because he relaxes and maintains a healthy lifestyle.

Did he influence his children’s career choices?

No. He has never influenced any of his children’s career choices. Instead, he encourages and supports us to pursue our passion.

Is he overprotective of his children?

Dad loves his children a lot and takes anything that concerns us seriously. There was a time I was beaten in primary school and he felt bad about it. I had scars on my back. He drove to my school to see the teacher who beat me. He was really angry at him. The issue was later resolved. Despite his overprotective nature, he disciplines us too.

What are his likes and dislikes?

Dad likes it when a child excels in school. He also appreciates honesty. He celebrates anyone who is hard-working. He has a flair for arts. Dad detests laziness, indiscipline and dishonesty.

What are his hobbies?

He likes to read. He has a collection of books. He also loves to entertain. That is his hobby. Apart from being a good actor, he is also a good singer. He listens to evergreen songs of Ebenezer Obey, Orlando Owoh, Kayode Fasola, Pope Dipo Sodipo and Hubert Ogunde.

When did he experience his saddest moment?

That would be in 2004 when he lost his first child, my elder brother. It was a great loss to everybody. The child resembled him a lot.

Does he enjoy watching his own movies?

Dad does not really watch movies. He doesn’t even watch TV that much. He prefers to watch news channels. When you try to get him to watch a movie, even the ones he starred in, 30 minutes into the movie, he is already engaged in something else.

Who are his friends?

Dad has a lot of friends from all walks of life. He is the kind of person that keeps a good relationship. His friends comprise all age groups. Because of this attribute, it is hard to identify his best friend. Some of his friends include Debo Faleye and Dr. Femi Ajanaku. He was close to Gbenga Adeboye and Yomi Ogunmola too before their death.

Name some things Nigerians don’t know about him.

Some people don’t know that he likes dogs. He doesn’t eat turkey or chicken. He is a farmer and also a fine artist — he draws and paints. He is also an evangelist.

What is his favourite food?

As an Ijebu man, his loves well prepared eba; he likes it a lot. There are soup varieties that he likes to eat with eba. One of which is egusi, especially if it is prepared in the Ijebu style.

What does he say about Nollywood?

My dad has always said he does not understand the concept of Nollywood. He has granted interviews where he questioned the meaning of the concept. In his opinion, it is just a misguided adaptation of the movie industries in the United States of America and India. He agrees that there is a Hollywood in California and there is a Bollywood in Bombay but where is the Nollywood in Nigeria?

He frowns on the misguided use of the word and in the past, preferred not be called a Nollywood actor but rather a Nigerian actor. However, the term has been accepted by all and sundry. Fortunately, he is not oblivious of the rapid progress that the industry is witnessing lately.

He has applauded the progress on several occasions and I know he is working towards ensuring that it is a continued progress. I know he really wishes the industry would attain the level the movie industries in the US and India have attained. Then maybe, there will be Nollywood in Nigeria.

Witches & Wizards Surrender, Accept Christ At Reinhard Bonnke Last Crusade In Nigeria & Africa
Charles Inojie On Pot Belly & Weight Gain: My Stomach Is Not As Big As You See It On TV