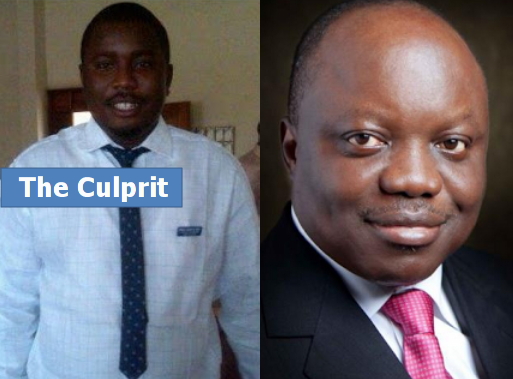 The rate at which higher institution students are going in order to make it through the University these days is very unimaginable. From prostitution to cultism and now to hacking.

Imala W. Kelly, a 400-level medical student of Delta State University in Abraka has been arrested by Delta Police officials after he allegedly hacked into Governor Emmanuel Uduaghan‘s phone to send the urgent SMS message below

The first text message to the vice chancellor reads: “My able VC, Chief Tony Anenih called me in respect of one boy that just wrote pathology and pharmacology exam in 400 level Medicine. My able Prof, I want you to ensure that boy passes, you know I cannot afford to disappoint Chief Tony Anenih. Am in a meeting. These are the details. CHS/04/05/88406.”

Thinking that the text message was actually from the governor, as it came from the number with which he saved the governor’s name, Uduaghan 1 in his phone, Prof Arubayi replied, asking for the student’s name to which the hacker replied: “His name is Imala W. Kelly. My able VC, all I want is the boy to pass. Chief Tony Anenih has been calling.”

The only way he could make it through the tedious course of study is to devise the above means.

Upset by the whole hacking saga, the Governor of Delta State ordered the school’s VC to report the case to the police and ensure the student was arrested when the matter was brought to his knowledge, as he never sent such message.

Imala W. Kelly has been arrested as Police investigation continues.