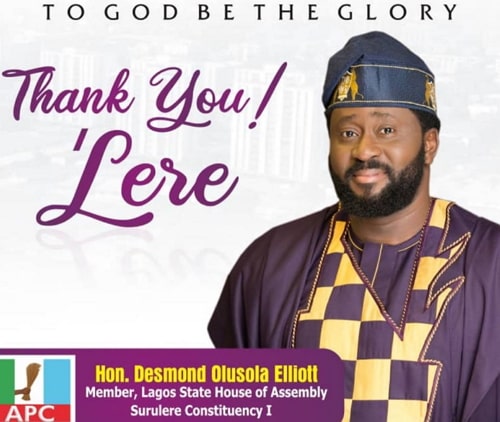 The actor turned politician has been reelected to represent the people of Surulere 1 constituency at the Lagos State House of Assembly.

He was attacked on Saturday while heading to the polling unit but God saved him from the claws of the political thugs allegedly hired to take his life.

He defeated his opponent, PDP candidate Benjamin Olasunkanmi by a wide margin ( 15357 to 3628 votes).