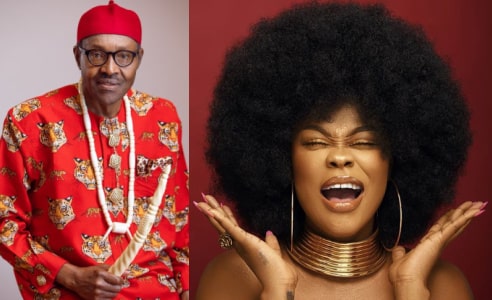 Controversial actress Daniella Okeke has revealed that she is tired of living in Nigeria.

Her statement came after INEC declared Buhari the winner of the just concluded Presidential election.

Here is what the Abuja-based diva wrote via her official IG page;

I NEED A NEW CITIZENSHIP AM REALLY TIRED OF NIGERIA ?? PLS WHO WILL MARRY ME? RED OR BLUE PASSPORT OR ANY OTHER COLOR BUT DEFINITELY NOT GREEN.. ?? AM UPSET.. #DANIELLAOKEKE

Daniella Okeke’s state of mind is the same with most Ndigbo who believe Buhari’s re-election will hinder Igbo Presidency in 2023.

Buhari lost woefully in the South East as his opponent Atiku polled massive votes there.