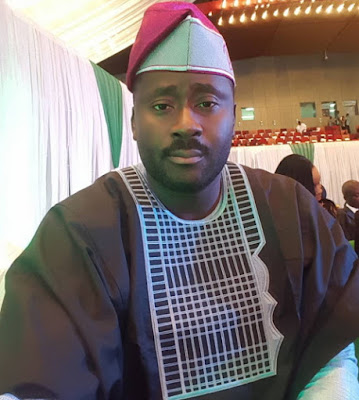 Nollywood’s ‘most desirable man’, Honorable Desmond Elliott told his colleagues at Lagos State House of Assembly today that his wife’s mother was struck and killed by a hit and run driver on an expressway in Lagos.

Though he didn’t mention the particular expressway or when the incident happened, but he said the elderly woman was hit while returning from the Daleko Market in Mushin where she had gone to buy foodstuff.

Elliot was arguing in favour of a motion to call on the Federal Government to provide a pedestrian bridge at Toyota Bus Stop along Oshodi-Apapa Expressway.

The House collectively called on the Lagos State Government to provide road signs and zebra crossings on strategic areas of the road and ensure compliance by motorists.